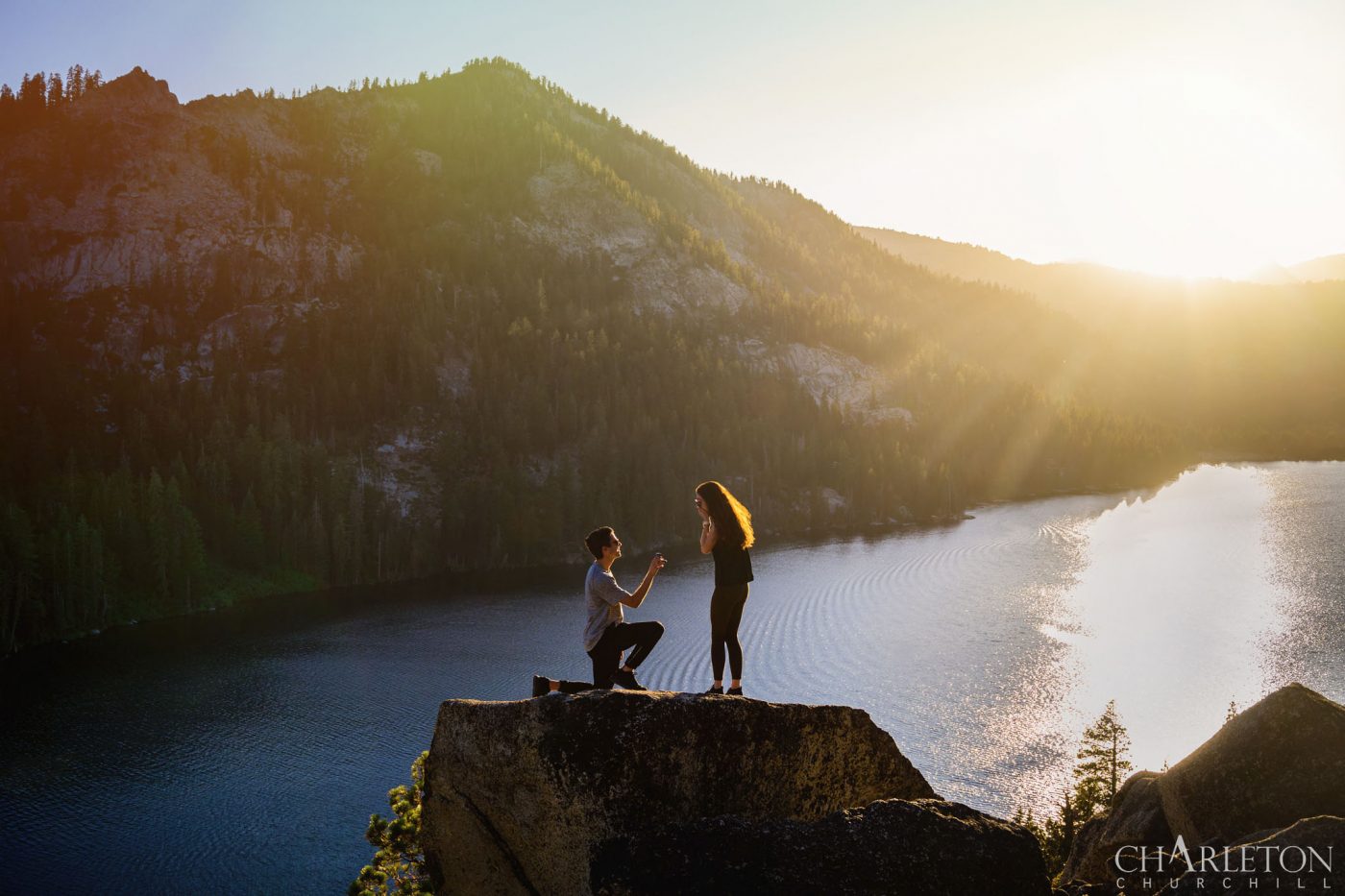 The top romantic proposal ideas are always changing because everyone wants a unique experience. Ryan’s proposal surprise idea to Giovanna was more adventurous in nature. Not only was it a mountain top experience, but it was a creative proposal idea which evolved even as they arrived at the location. So, here is the short version.

Ryan contacted me to photograph his surprise proposal experience. Asking me for some Lake Tahoe proposal locations with a view, I shared with him some of my new findings with photos. I am in Tahoe often, hiking, finding new locations, engagement sessions, adventure sessions, and adventure weddings like this one. Tahoe is our family favorite destination for activity and vacationing.

After Ryan filtered out his favorite location, we started collaborating on proposal ideas. After bouncing back and forth, the final version was I would be an Expedia Tour Guide Photographer from a real company off Expedia. They would get a trail tour and a free photography course. I chose a real Tour Guide company off Expedia, memorized verbiage and details in case I was questioned by Giovanna. They received a free Tour Guide Photographer experience because Expedia had supposedly messed up. So, this was Expedia’s way of remedying the situation.

When they both arrived on location, I also had prepared to mess with Ryan a little, so he would be a little confused. I was hoping to make it natural. We had never met before. When they saw me and I saw them, Ryan said, “Charleton?”

And I said “Mark?” (some random name I don’t remember).

No, he said, it’s Ryan. I said “okay, yes of course, great; I’m glad you’re here. I’m also waiting on Mark and his group, and they were supposed to be here already to go over details.” I told Ryan and Giovanna it’s out policy to wait five minutes past trail departure time before we can leave.

When five minutes had past, I mentioned sometimes we take 1 person on the tour and other times, 25 people, and from many countries. Again, I was just reinforcing my new job title for this proposal. I said oh well, you get me all to yourselves, any questions you have about photography and the Lake Tahoe area, I’m yours.

I asked questions about their photography experience, if they had a camera or phone with them to learn some tricks and tips. We went on a hike with the three of us. I had my backpack with me, an extra camera and some lenses. We talked about the history of the area, camera gear essentials, and composition, etc. Again, just playing along with my new position as we hiked up the mountain.

The Adventure and Romantic Proposal Surprise

Once we arrived to the location for the proposal surprise, I told them I wanted a few photos of them together. I said, “let’s get an epic photo of you both on that rock.” The rock where he would propose with another rock.

After going back and forth, enjoying the view, the sunset, and getting some photos, Ryan knelt down and romantically proposed to Giovanna. She was in shock. She really had no clue. I have seen this before in proposal photos and sometimes it looks posed and setup. However, this was so real, emotional, and exciting to photograph. I enjoyed the whole process from the start of the trail to the finish. It was pretty emotional.

After Ryan put the ring on her, they kissed dozens of times. Giovanna took a few selfies with her ring, adoring it, and showing it off with pride. I captured some engagement photos of them together with the sunset time we had remaining. It was truly a great experience.

Congratulations to Ryan and Giovanna. Here are some photos below of their experience. 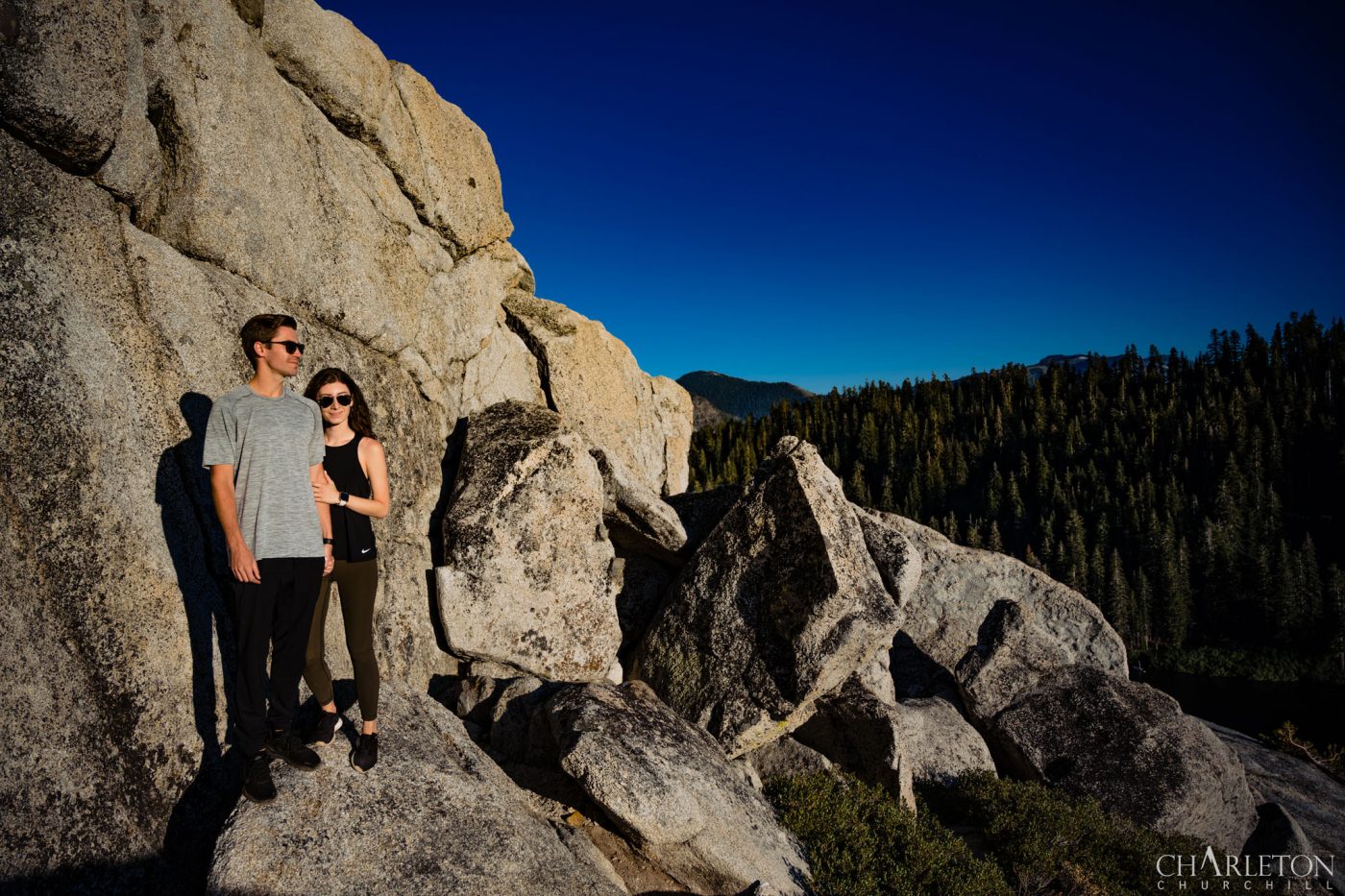 Up above, we are hiking and maneuvering through some granite rock in Lake Tahoe to get to a location before the proposal. 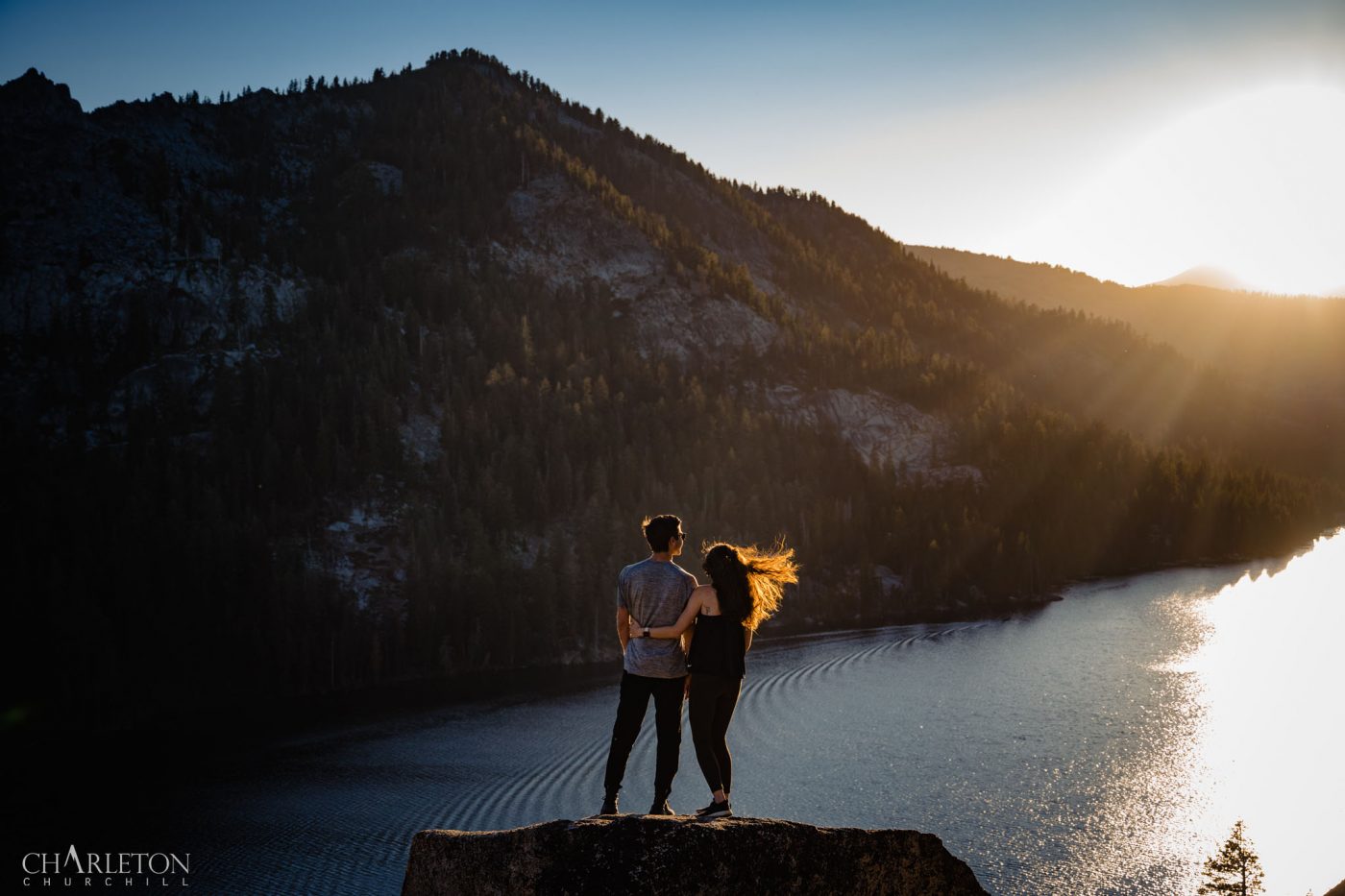 Above, they are enjoying the view together before the proposal. 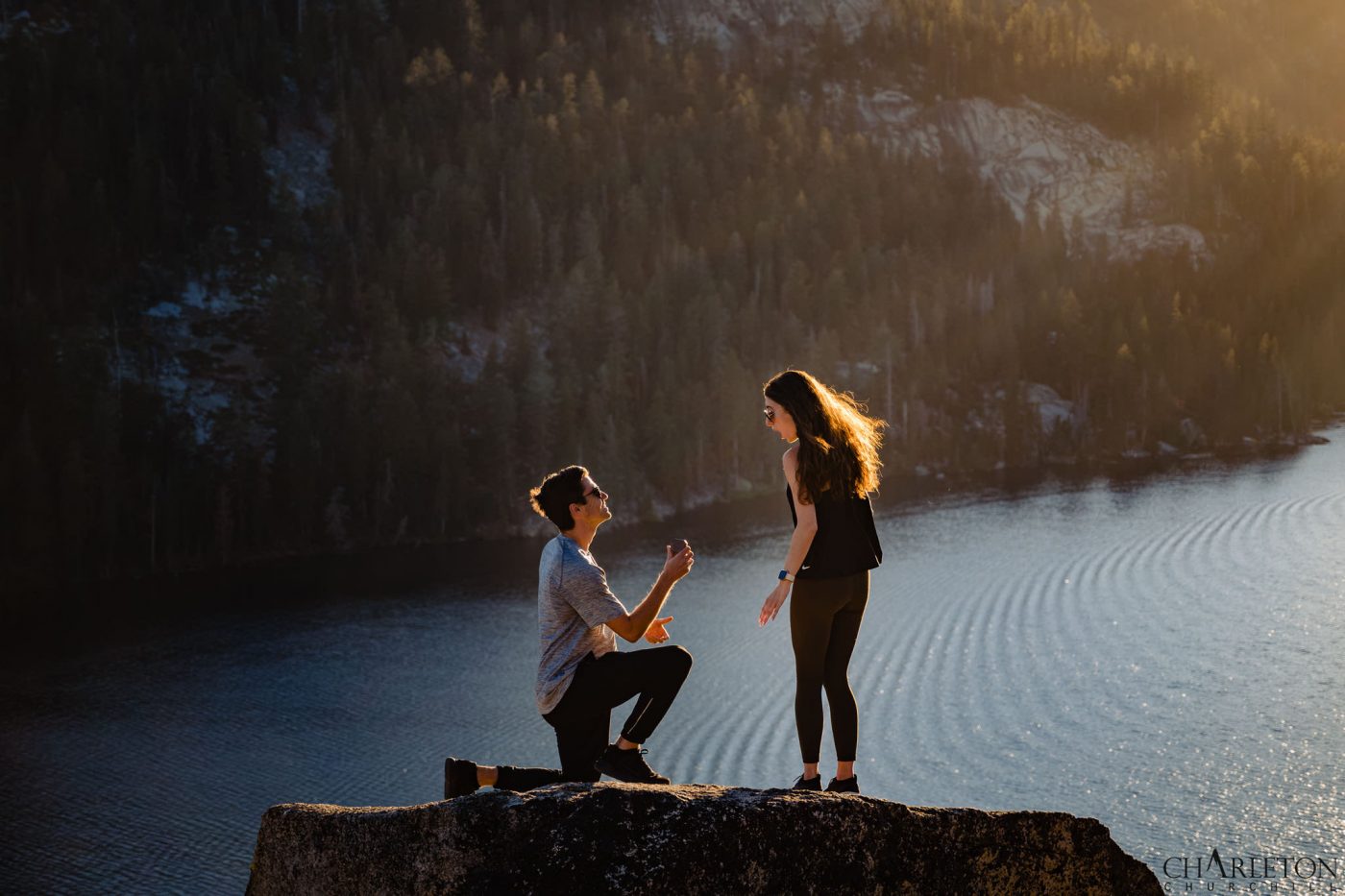 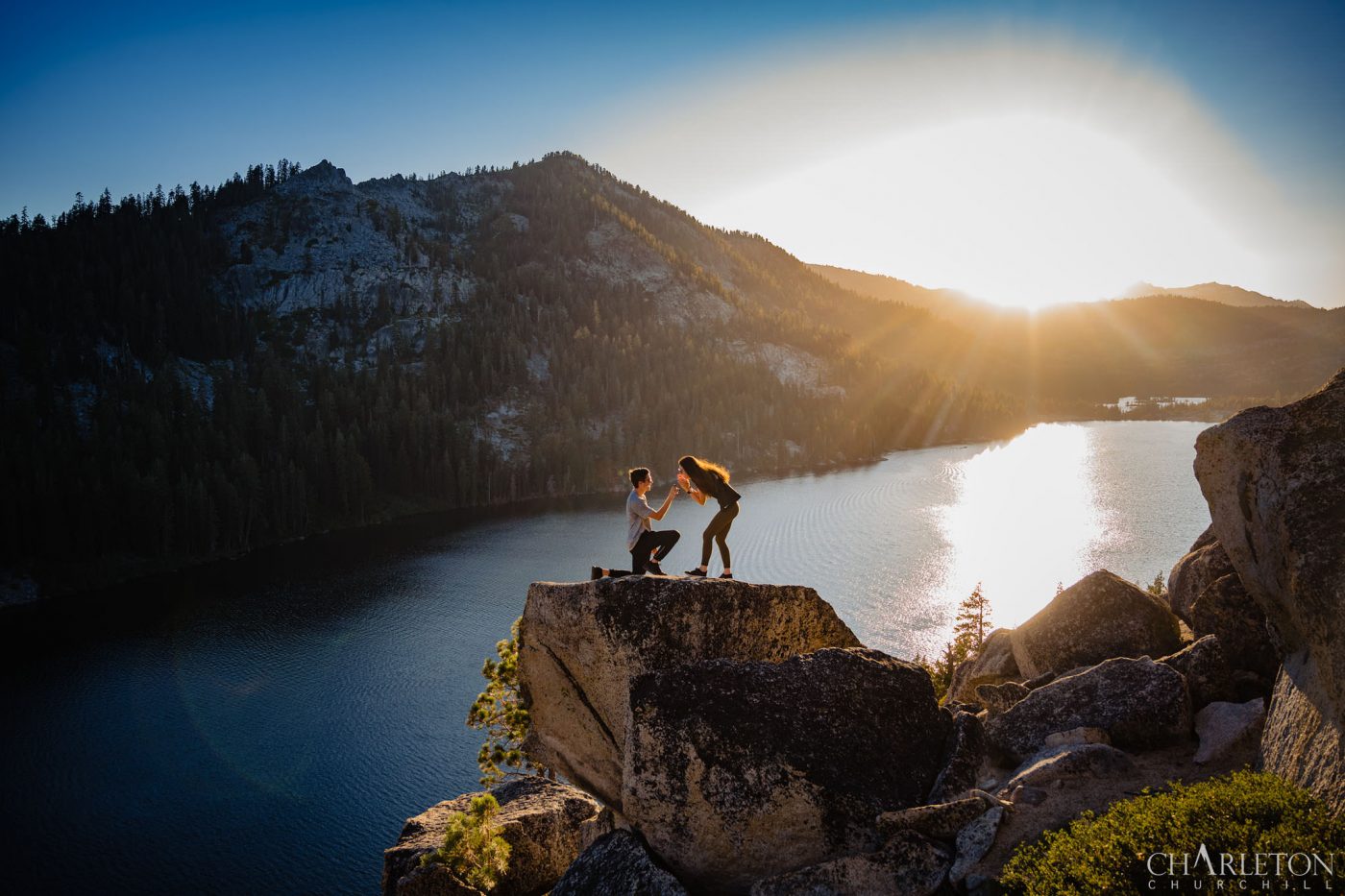 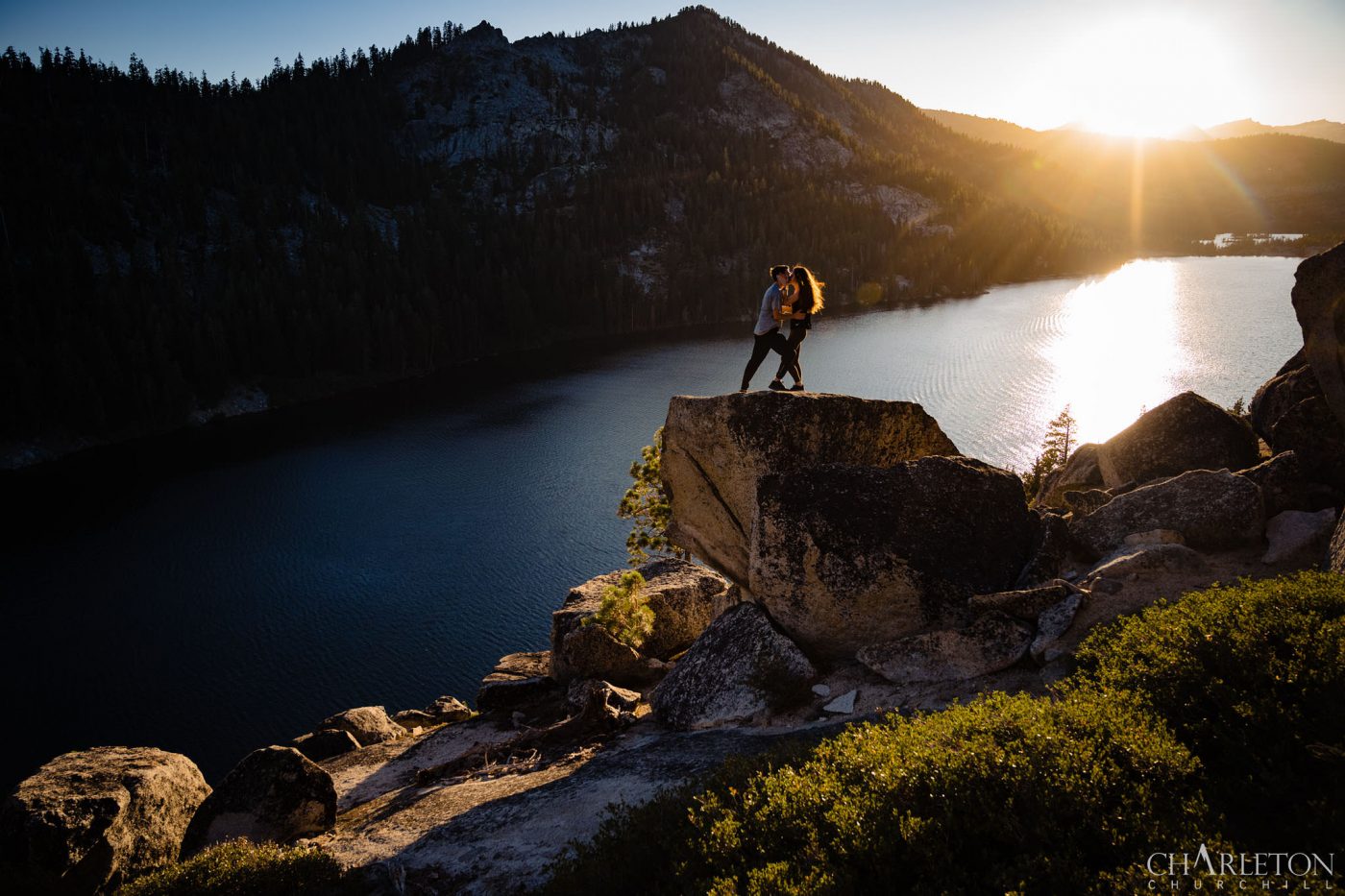 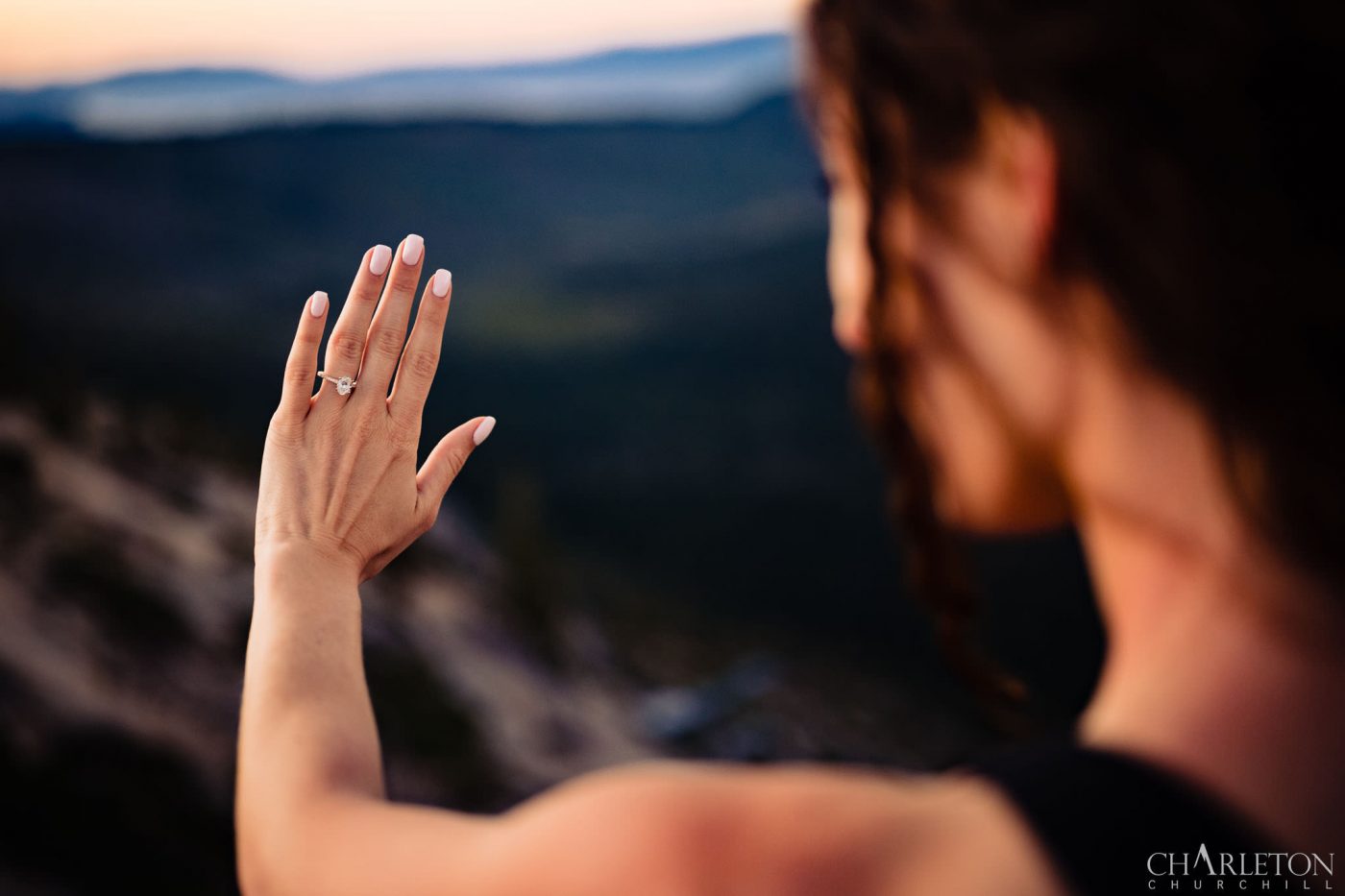 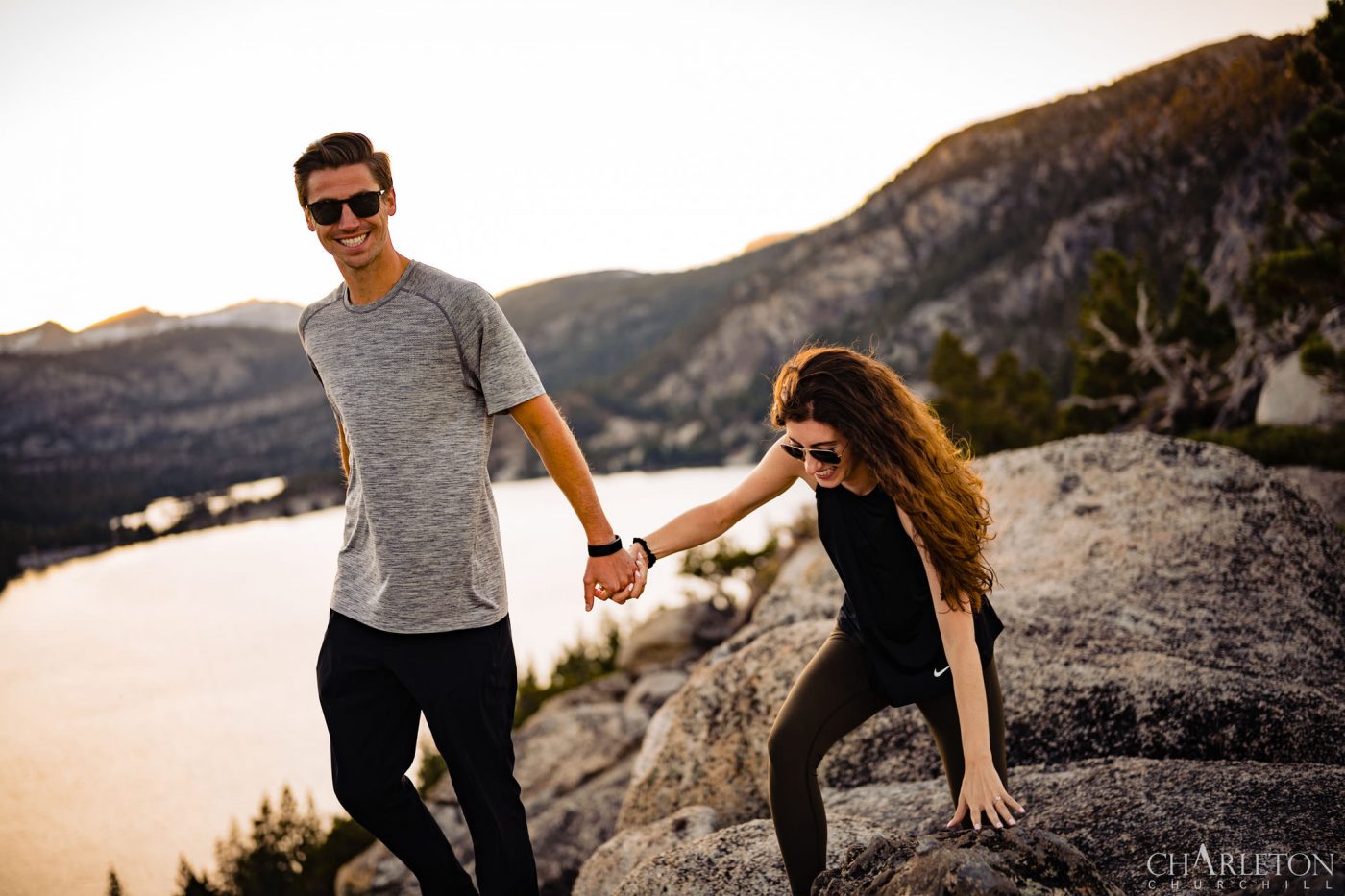 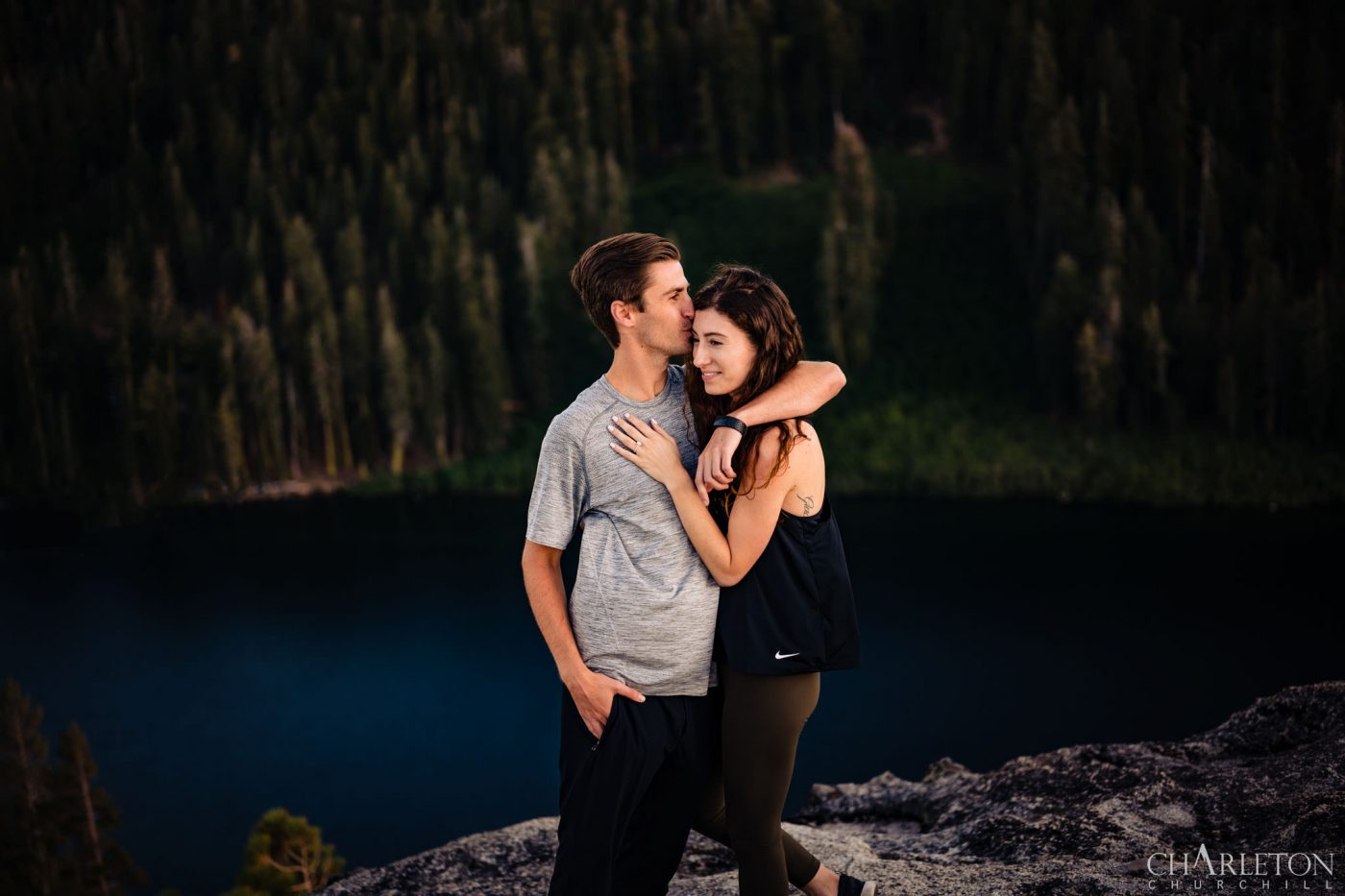 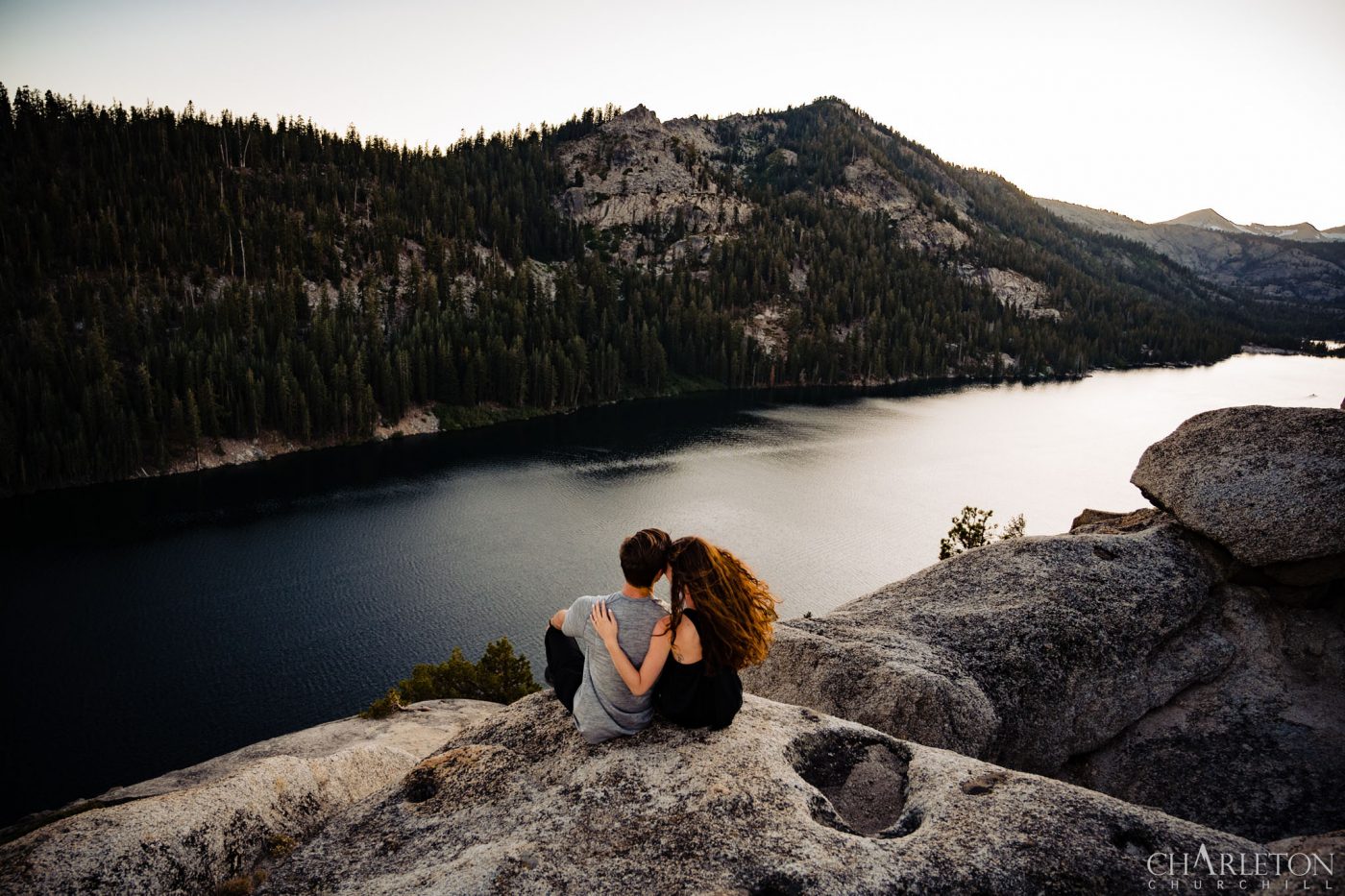 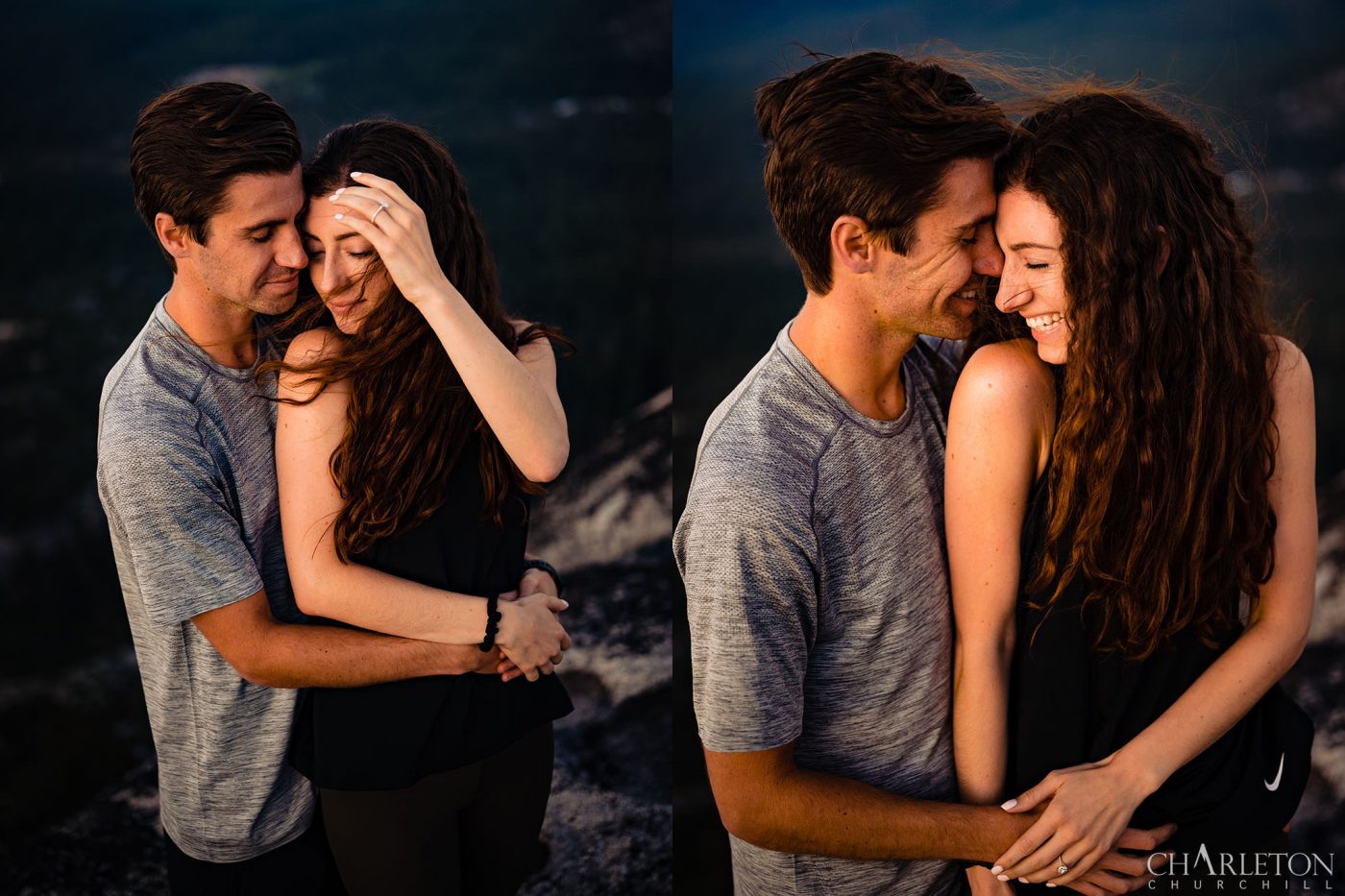 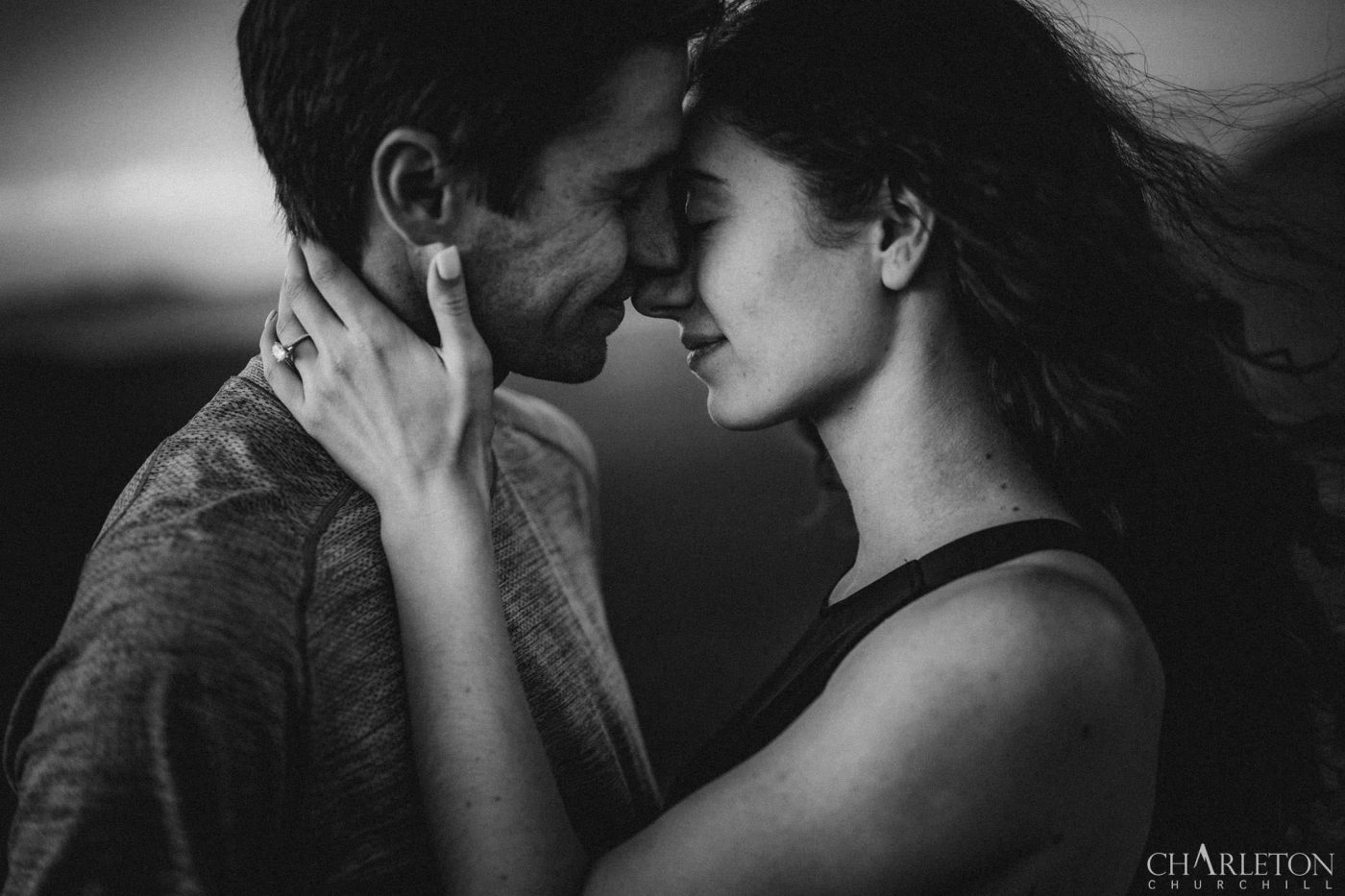 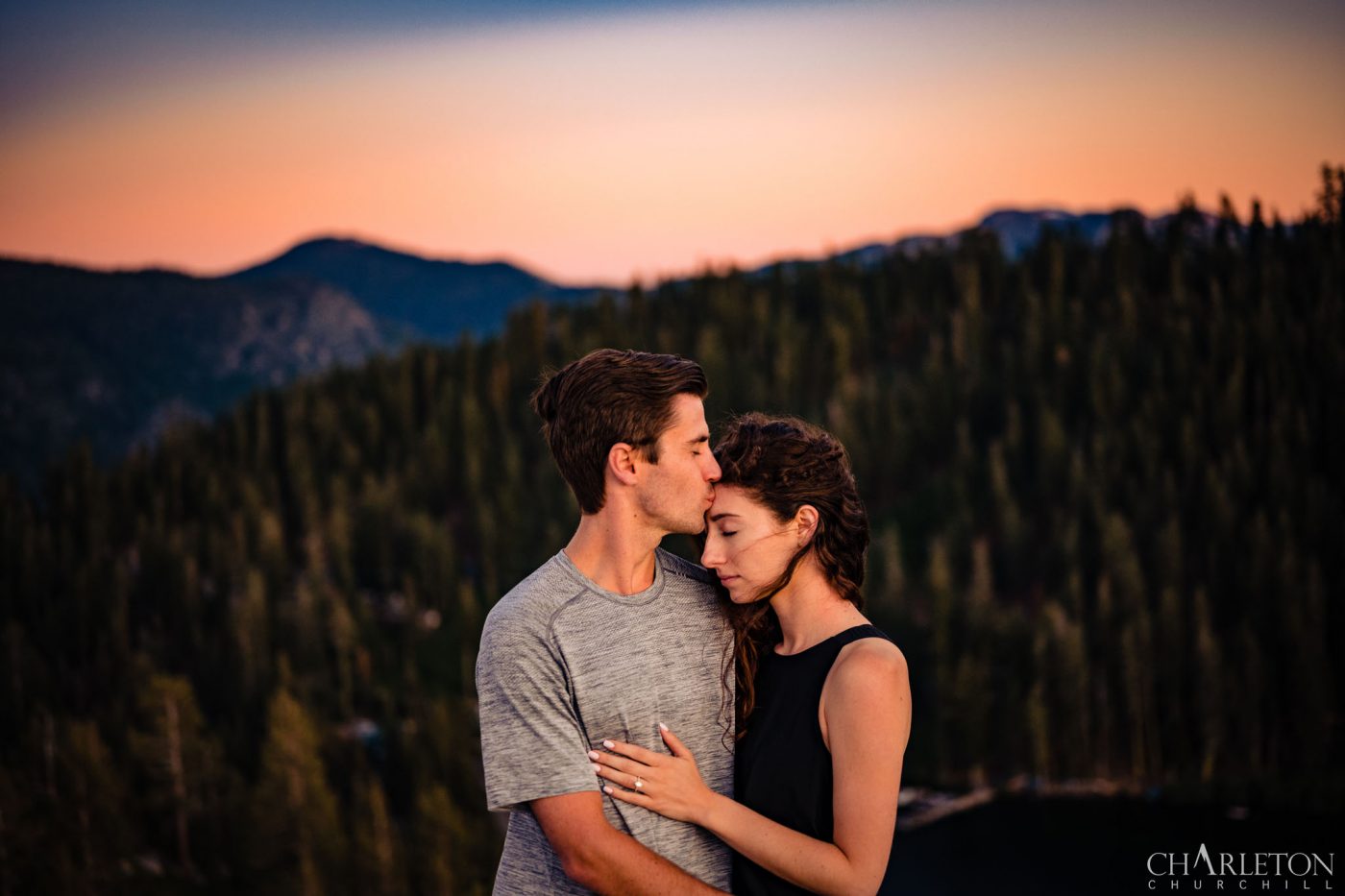 Are you interested in proposing to someone special? Contact me above for a unique adventure experience and see if we can create something epic and romantic for your proposal. I have many options for you to consider and even destinations in mind.