updated: I added the second image to show off different version of processing. In the first image, I cleaned it up, as this basically the image from the camera, minus touch up and sharpening. The second image, I put more time into, made it even more dramatic.
——————————–
Ok, so today I figured for one of my senior sessions, I would take advantage of the dramatic sky, since it is currently cloudy. It has layers of dark puffy clouds, lighter and darker, which made me think of a cool band shot. So, I took Whitney, our senior, I had scheduled for today, and we went up the hillside where the hills were open, and the sky was vast. I brought my flash and had Ciara hold the flash for me, while I exposed for the shot you see below. After I took my shots, we peered into the LCD monitor, and were like fans of fourth of July, ooohhh, ahhhh, ooohhh (because there were other angles and other shots with the flash). Besides those shots, we photographed downtown, and in the studio. The studio shots definitely made her look much older. We will show you the rest later. Here is a sneak… 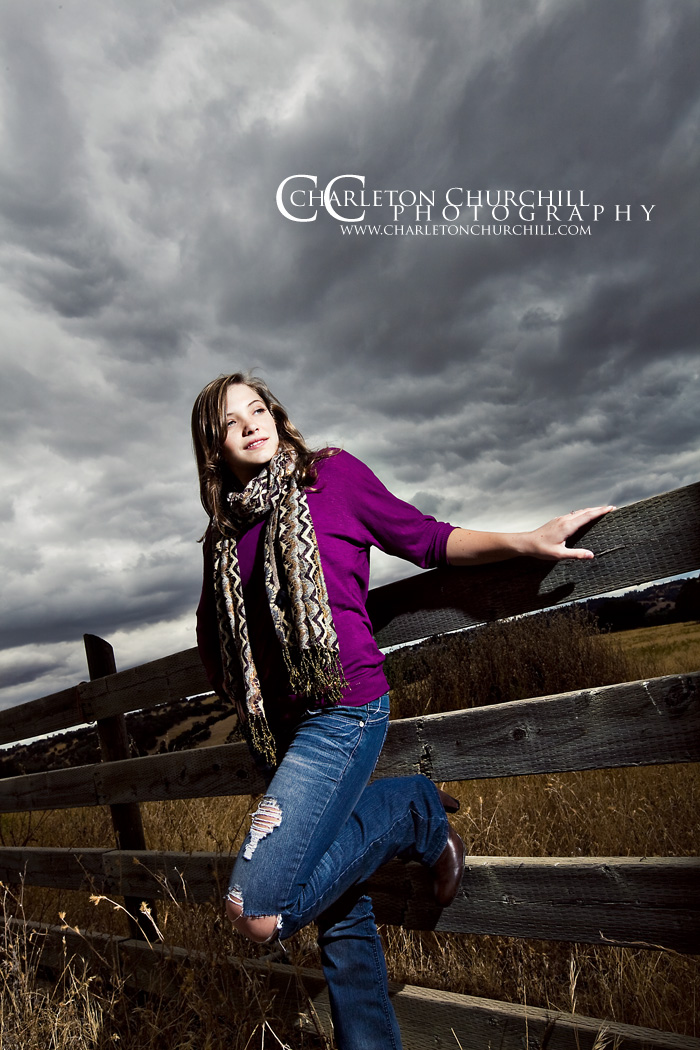 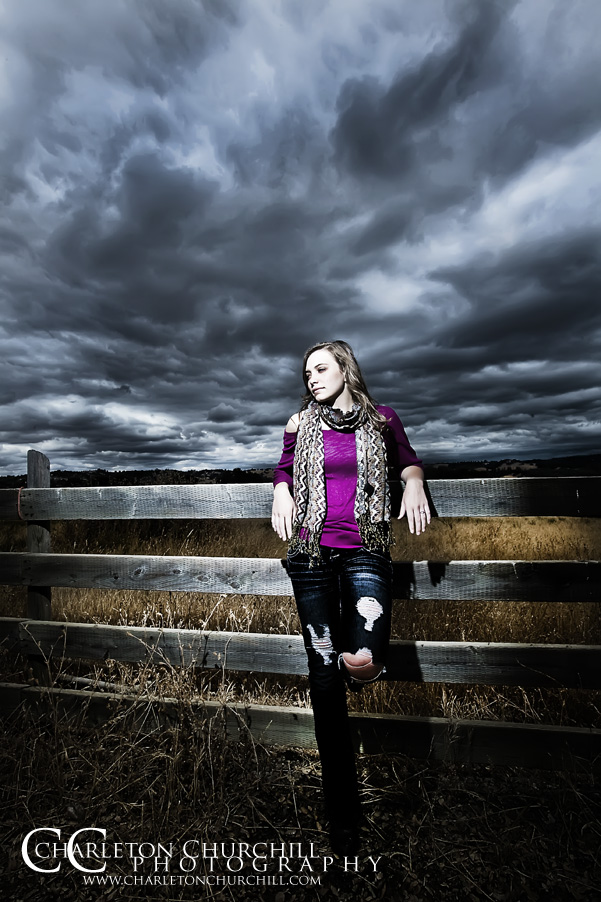