Christian and Jessie are engaged, congratulations to the both of them. An adventurous couple, they wanted to climb trees, get into the woods, that kind of stuff. I even climbed a tree with them to capture the photo you see here, which I was all excited about. I usually don’t encourage this on my sessions, but this couple was trained and they often climb together. Actually, Christian’s brother, Sean Leary, is a rock climber and broke the record back in 2010 for the fastest ascent up Yosemite’s El Capitan, beating Hans Florine’s record. It’s in their blood. It will be great to photograph this couple’s wedding next year.

I hope to photograph more weddings with couples who love hiking, climbing, nature, the woods, and in the mountains, like in the Sierra Nevada, Lake Tahoe, and Yosemite. I was in Colorado last weekend shooting a wedding, and drove up to Estes Park. When I arrived, I was reintroduced to the view of the Rocky Mountains, which is when my eyes started watering with emotion. Powerful. There is something magic about the mountains and nature.

Enough about that, congrats to Christian and Jessie once again. 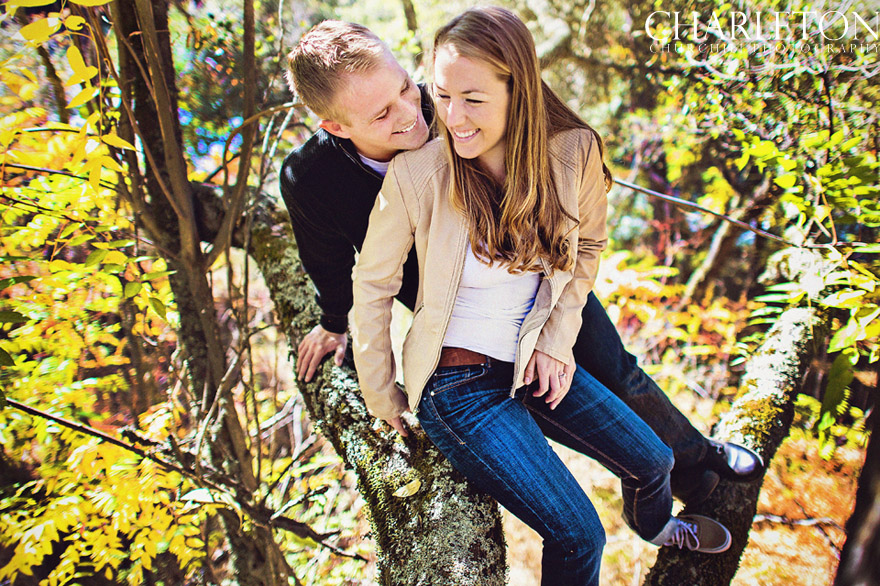