I had been visiting with couples at The Hideout wedding venue a few weeks ago, so I planned four engagement sessions all around Lake Tahoe during that time. This wonderful couple, Evan and Kaitlin are a little closer. I photographed Evan’s sister’s wedding (Kelsey and Ryan) a few years back. They are such a great couple who enjoy being around each other. I will be photographing their wedding at the same home in West Tahoe. Evan and Kaitlin brought some clean style and owned it. Kaitlin’s dress blew in the wind, along with her hair, which looked great. When we first started, the wind was howling, rocking my truck back and forth. I was curious what kind of adventure session the good Lord was going to allow, but it turned out better than expected.

We traveled to a few locations I had previously hiked, one of which I found while exploring a new path. It had epic views for photos of the mountains, which still had some snow on them. Around Lake Tahoe, there’s always a place to photograph couples, whether you’re in the busy South Lake Tahoe, the quieter north Lake Incline Village, or anything in between or around.  There are trails and off-road areas where I use my 4wd Toyota Tacoma, sometimes for couples. I’m excited to share more weddings, engagement sessions, and adventure later. I have a lot of traveling out of state and around the world later in the year, some surprises, and other unknowns. For now, here is Evan and Kaitlin’s engagement photo session. Congratulations to them and their future together.

By the way, you can view the Top Lake Tahoe Wedding Venues here. 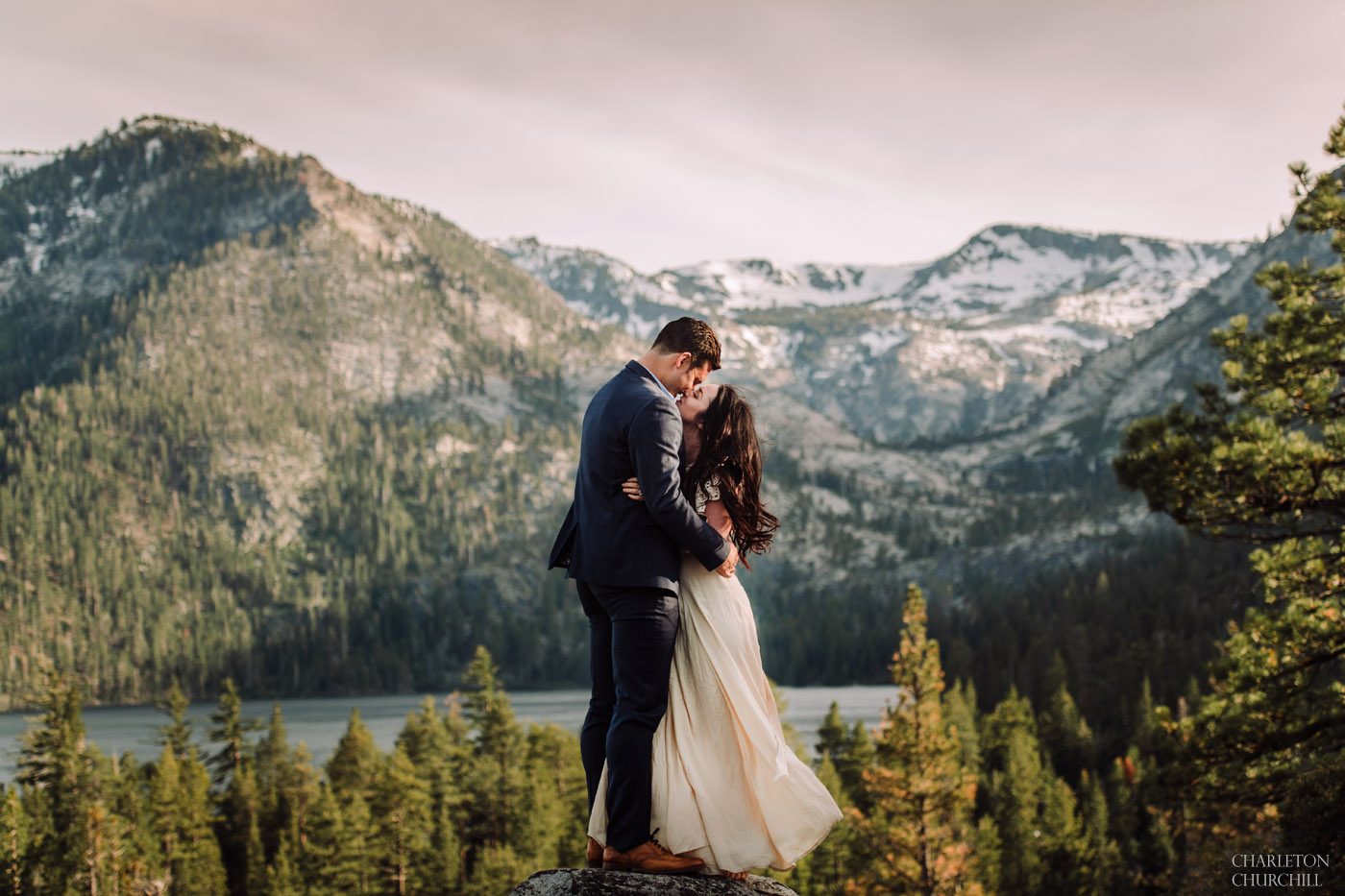 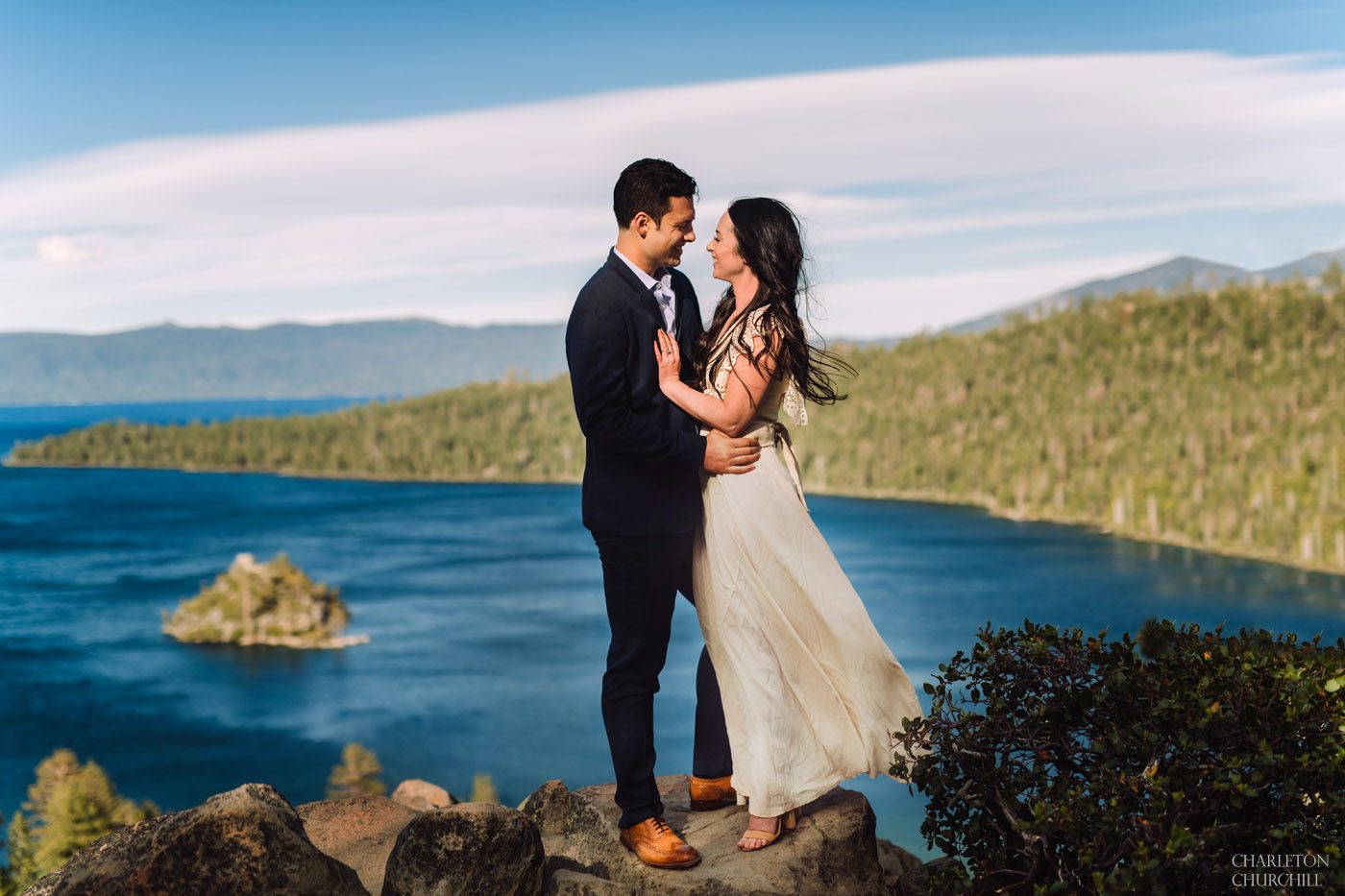 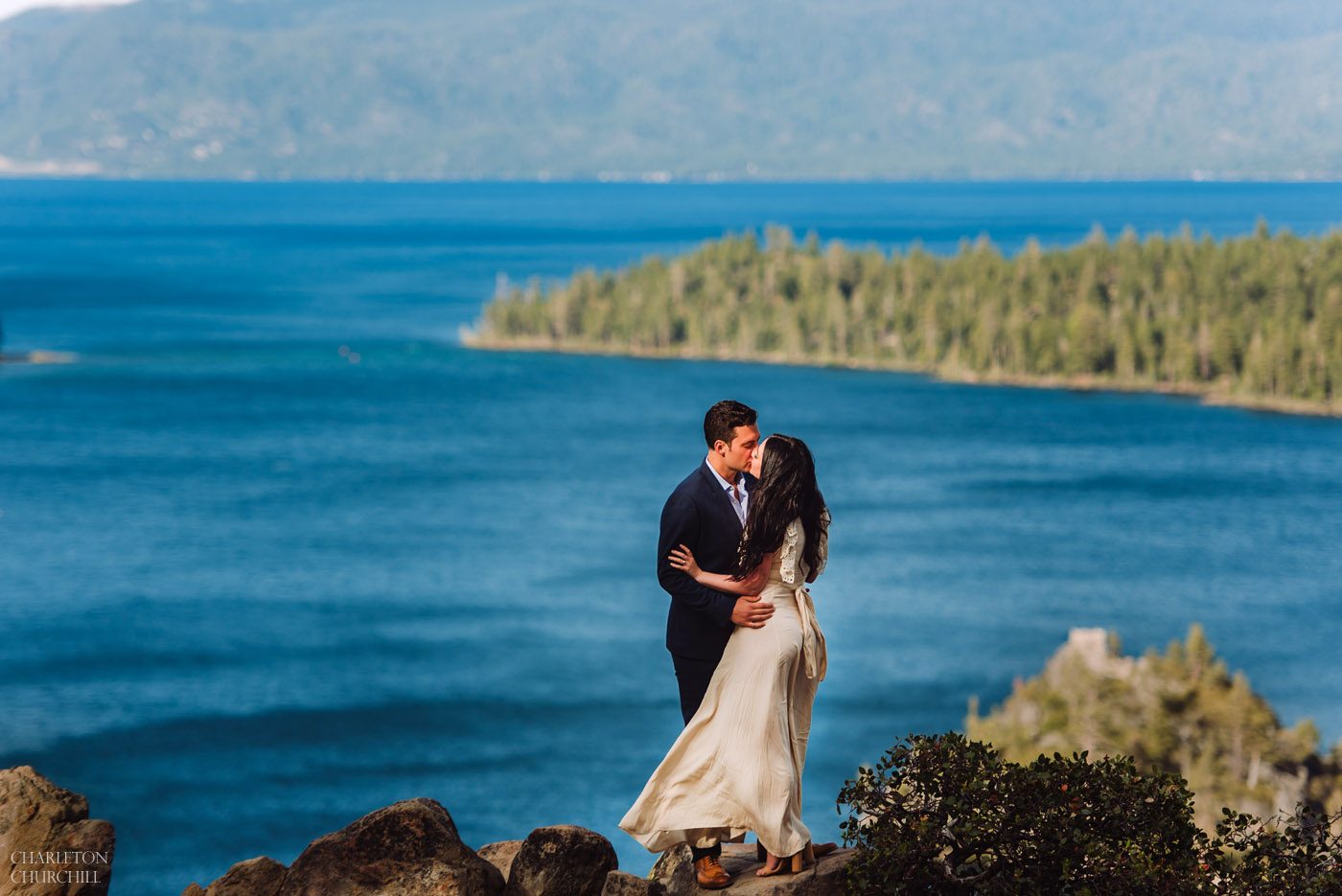 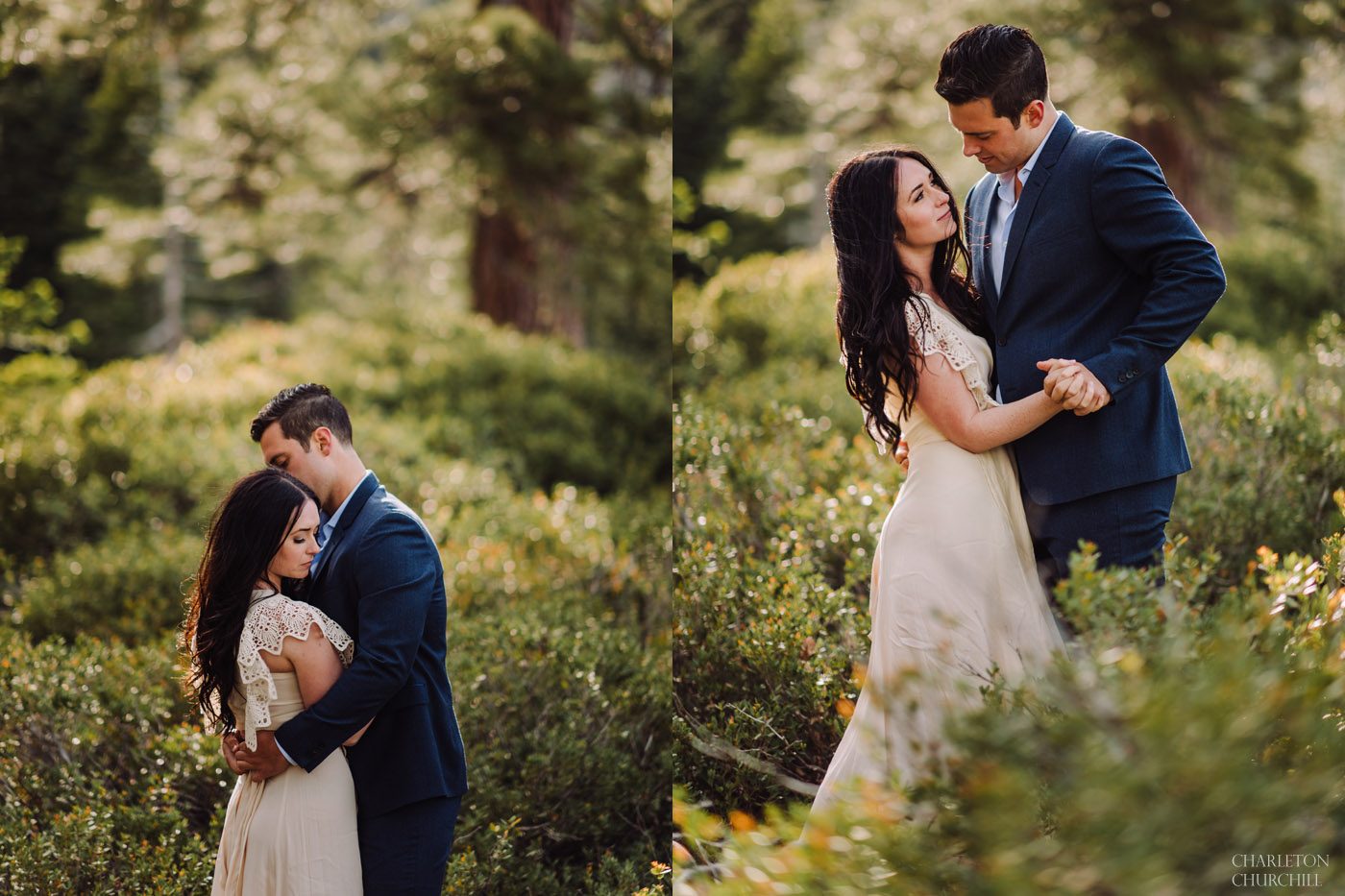 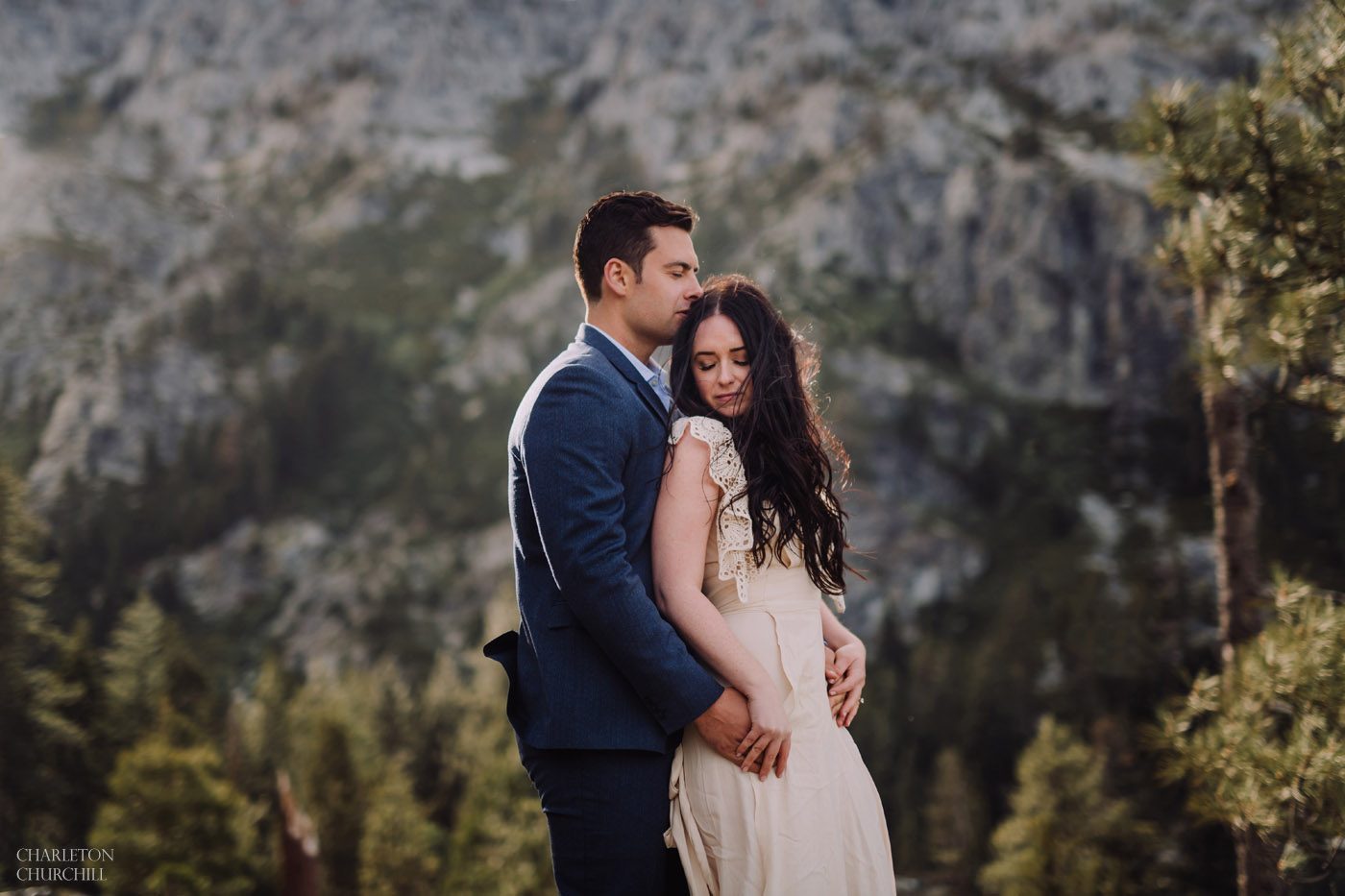 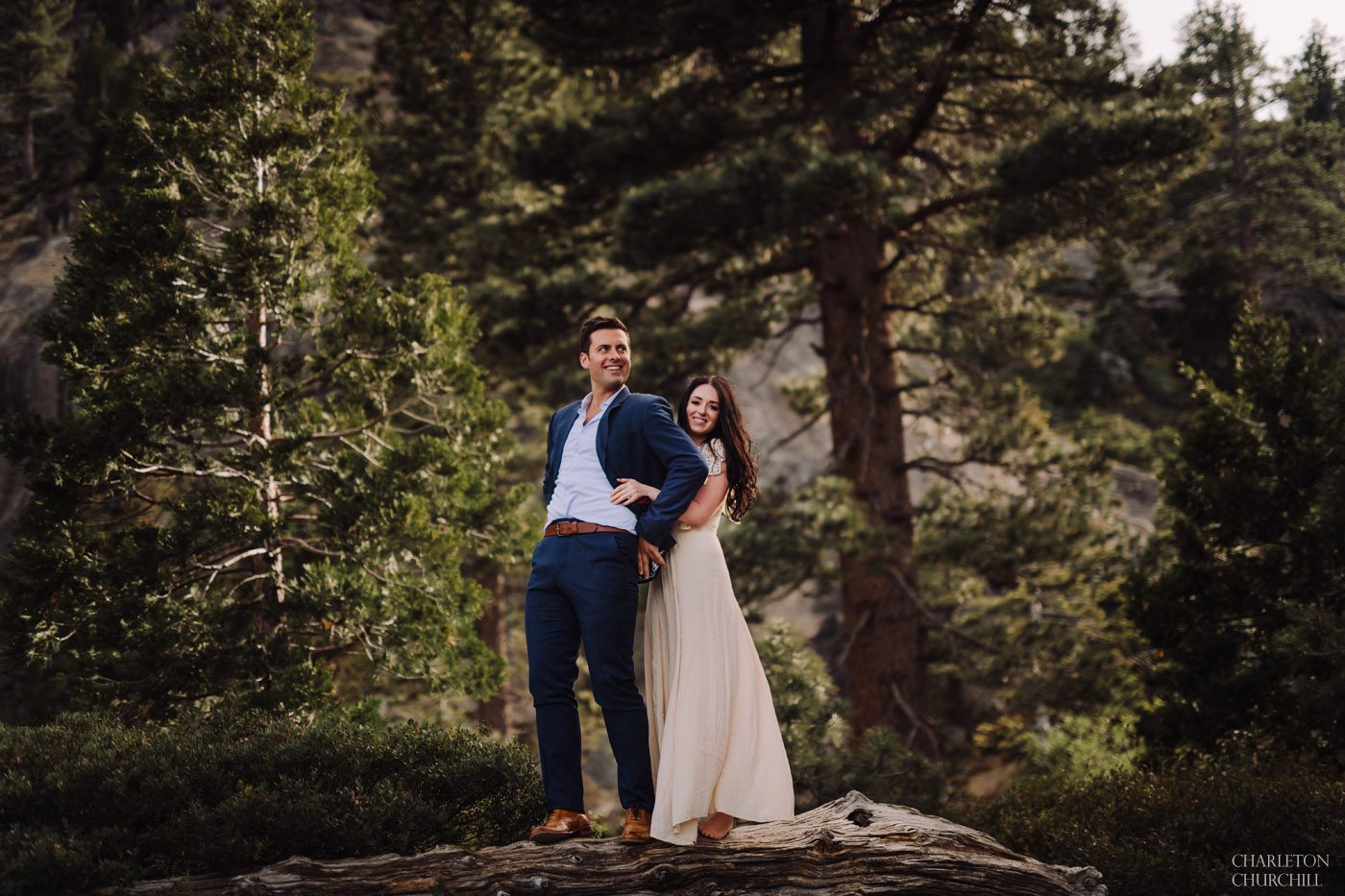 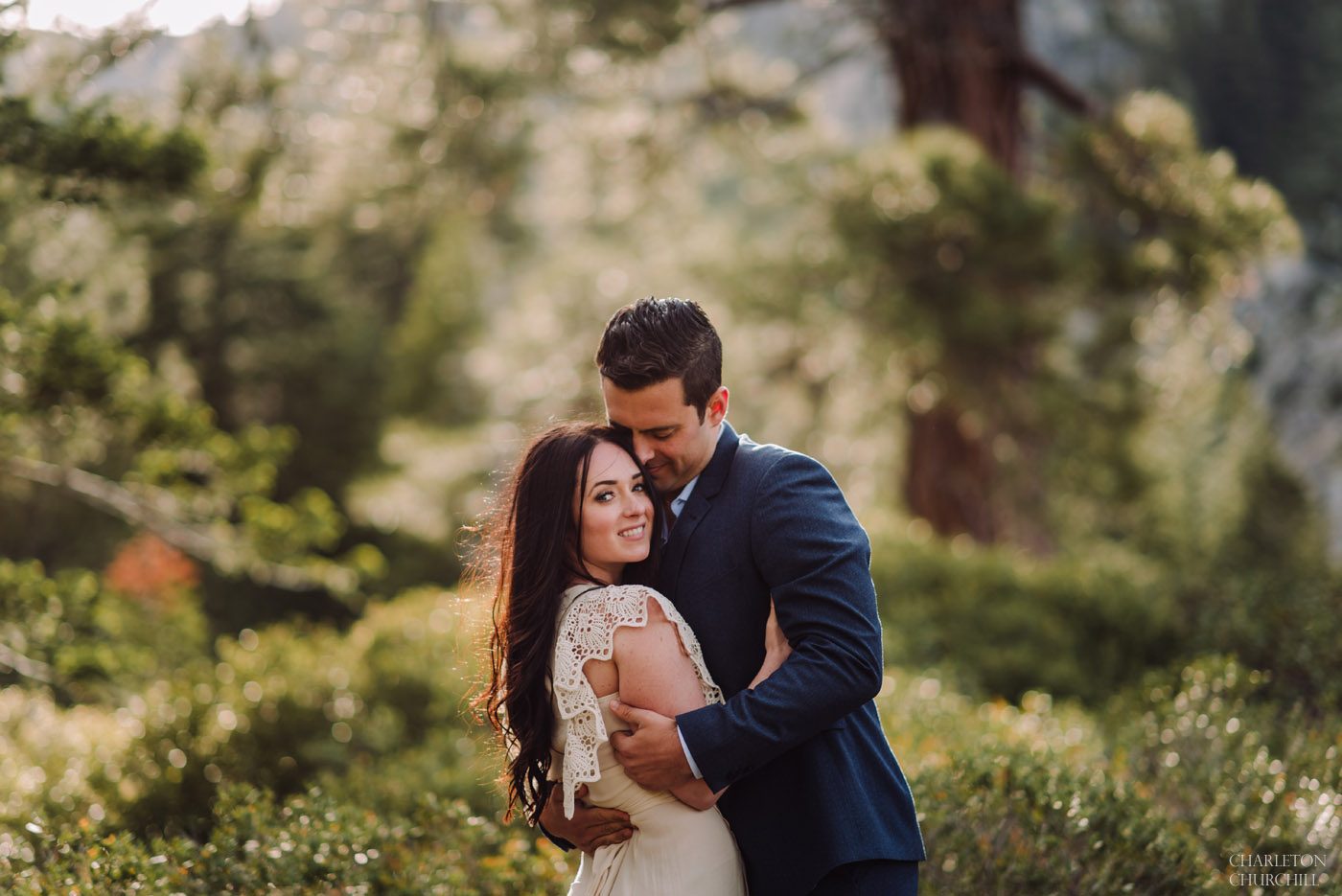 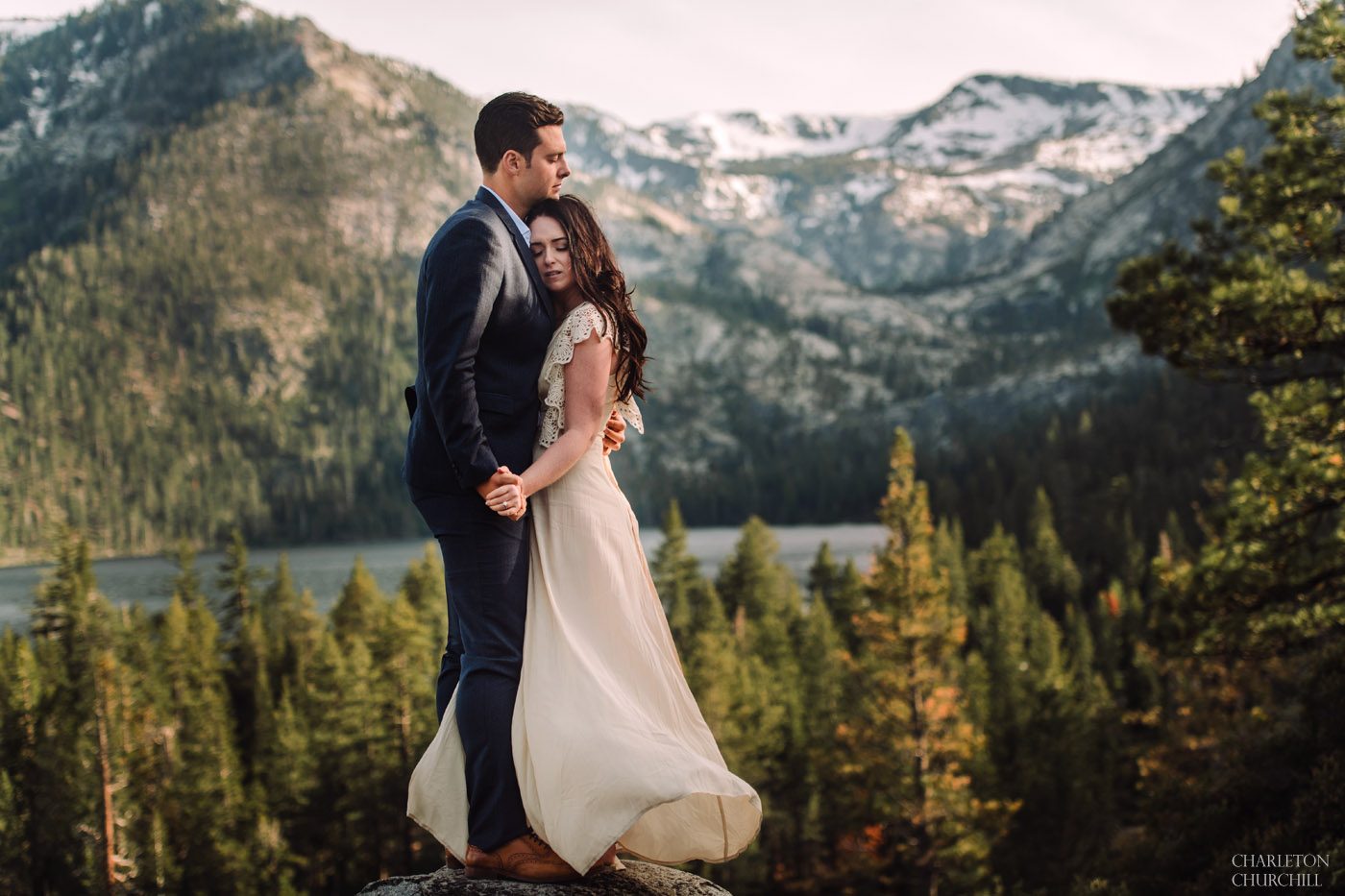 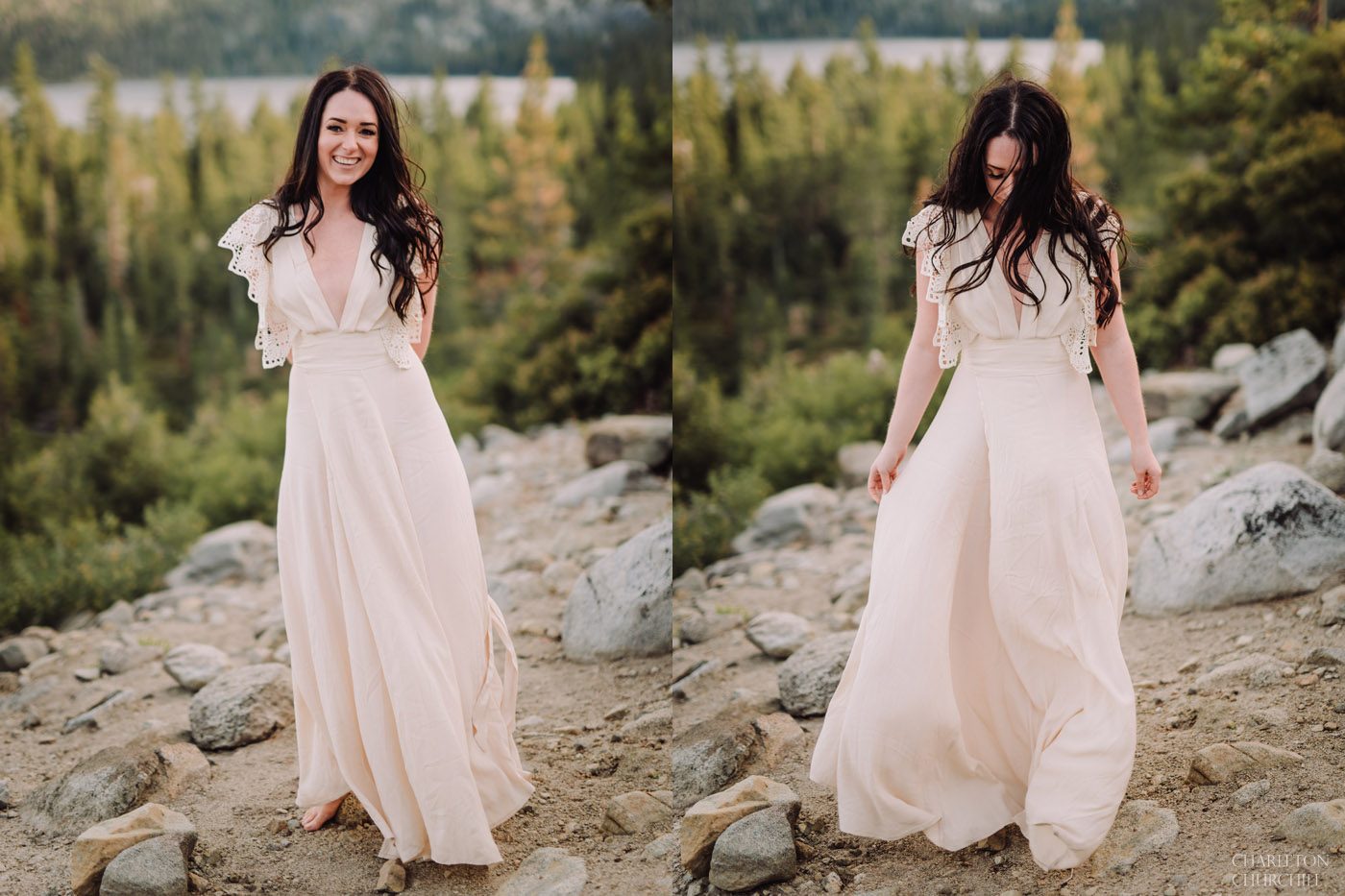 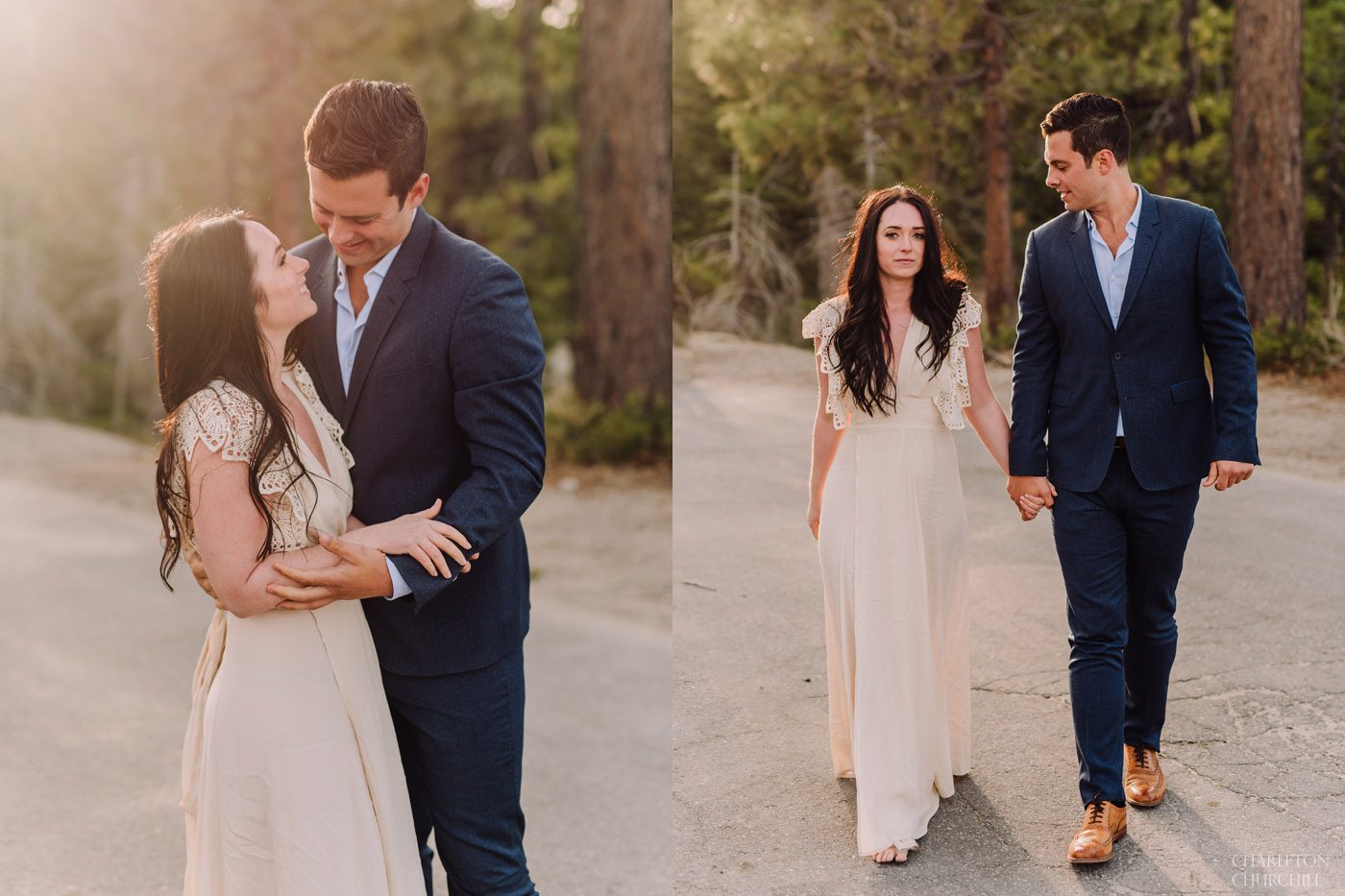