Traveling to Jackson Hole, Wyoming, is always epic. I arrived at this mountainous destination to photograph my adventurous couple, Jason and Melanie, at the Grand Teton National Park. It was later fall; both Yellowstone National Park and Grand Teton NP had closed for the season. However, there were still some trails open and scenic locations that were just incredible. The images below are only part of the adventure, as we traveled to Park City, Utah for phots and areas around. This post is mostly focused on the Teton area. 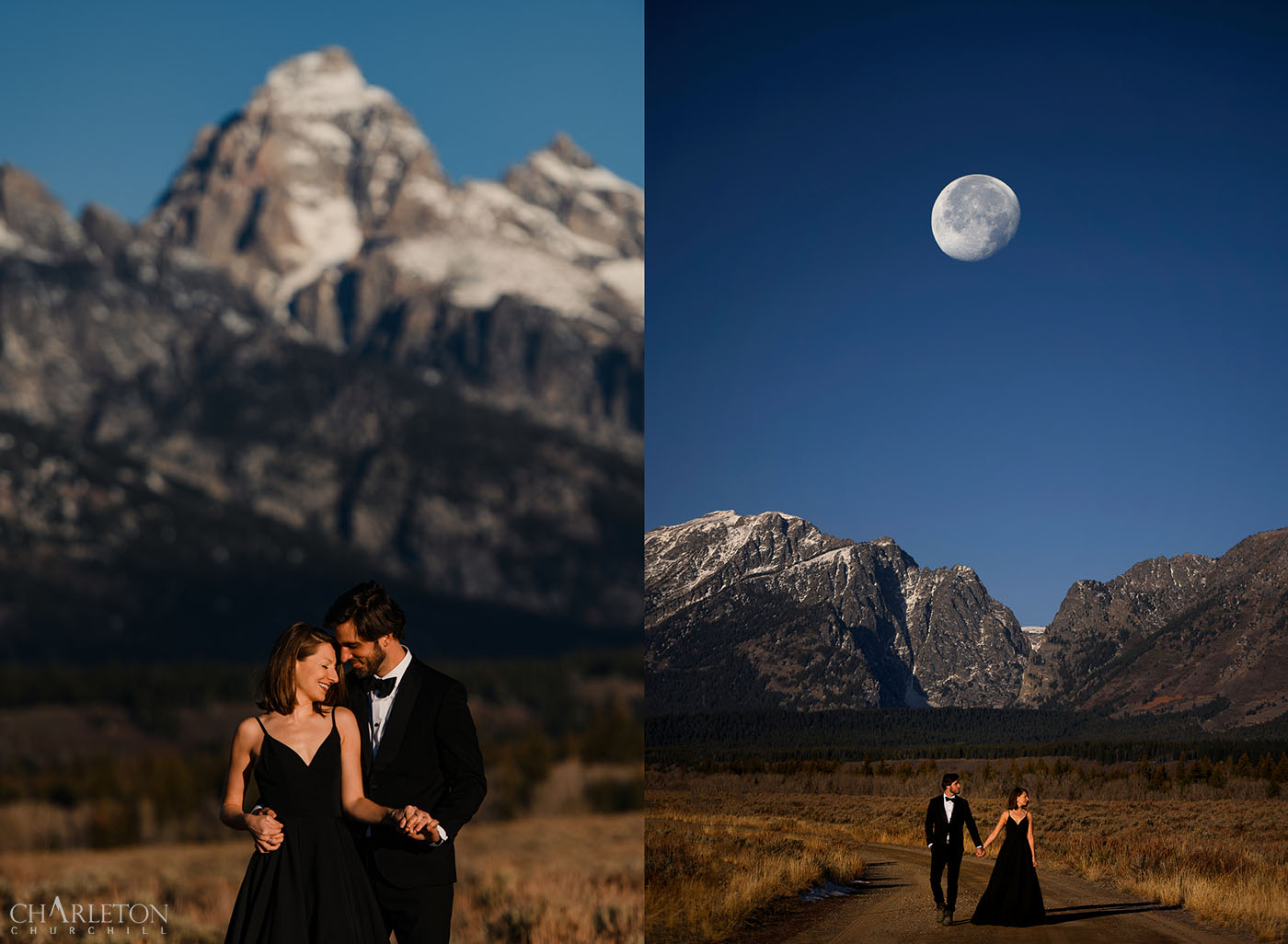 THE GRAND TETONS ARE EPIC

As an adventure elopement photographer, I’m always looking for epic destinations that would provide that wow factor. The Grant Teton’s with their sawtooth mountains, winding rivers, scenic lakes, and aspen trees, is the destination for epic elopements and weddings. The sunrises and sunsets are equally awesome, which is evident in the images displayed on this post. However, It’s not just about finding the right location, though that helps; it’s also about visualizing how your lens is going to interpret and construct the image you are seeing. With Mountains around you, there are techniques and lenses that will allow you to capture the full effect of what you are experiencing and seeing. The Grand Teton’s allow so much potential in such a small place

If you’ve never visited Yellowstone or the Grand Tetons, and you’re considering eloping, this place should be one your top elopement destinations for consideration. If you elope in the spring or fall when there is snow, it just adds more layering to your mountains, though it’s just a little chilly for some couples. Okay, much colder in the mornings and evenings until the sun shines. Additionally, Jackson Hole’s elevation is 6237, so you may need a day or two to acclimate before hiking. If you’re interested in eloping here, pick up a National Park Permit and contact me so I can assist in planning your adventure.

HOW THE ADVENTURE BEGAN

Melanie and Jason were both committed to getting epic shots. I met them at another couples wedding in Colorado the year prior. Melanie came up to me at the wedding and essentially told me, “hey you are photographing me and Jason at an epic location in the world.” She even asked me where I wanted to photograph next. I didn’t believe it until she contacted me immediately after the wedding. We were supposed to fly into Switzerland, to the Alps and the Matterhorn, for their adventure session, but when covid hit the world, all my international destination weddings and adventures were cancelled. So after trying to figure another location that was rugged and epic in the U.S., we finally decided on the Grand Tetons at the last minute.

I had been in the area a few months prior with another couple who married in Yellowstone. I didn’t see Kevin Costner, Cole Hauser, or Luke Grimes anywhere, but I’m sure we were near their ranch. Okay, so maybe not, but I had the opportunity to explore more locations while there. I can’t wait to return for more magic. Who will be next? 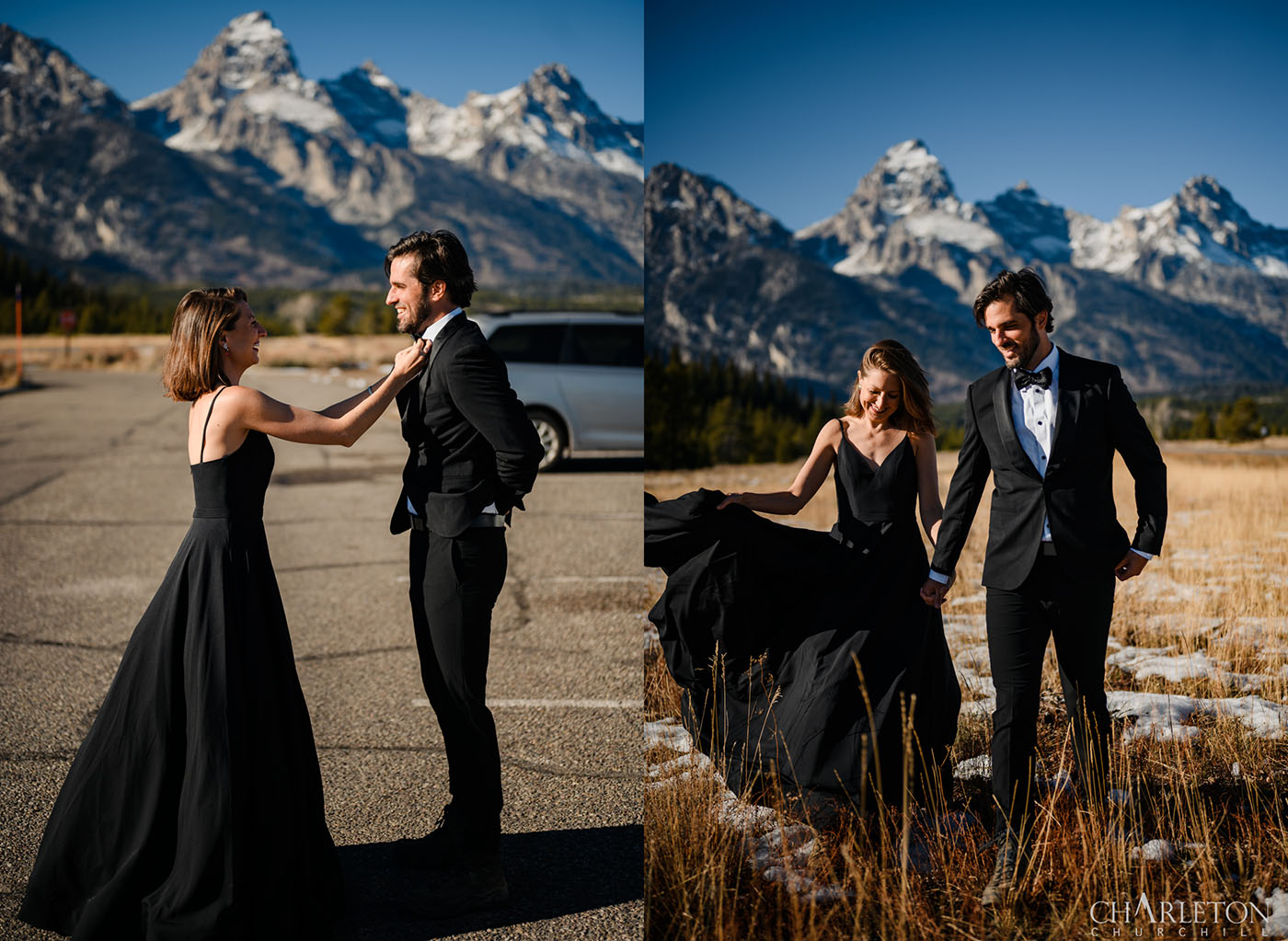 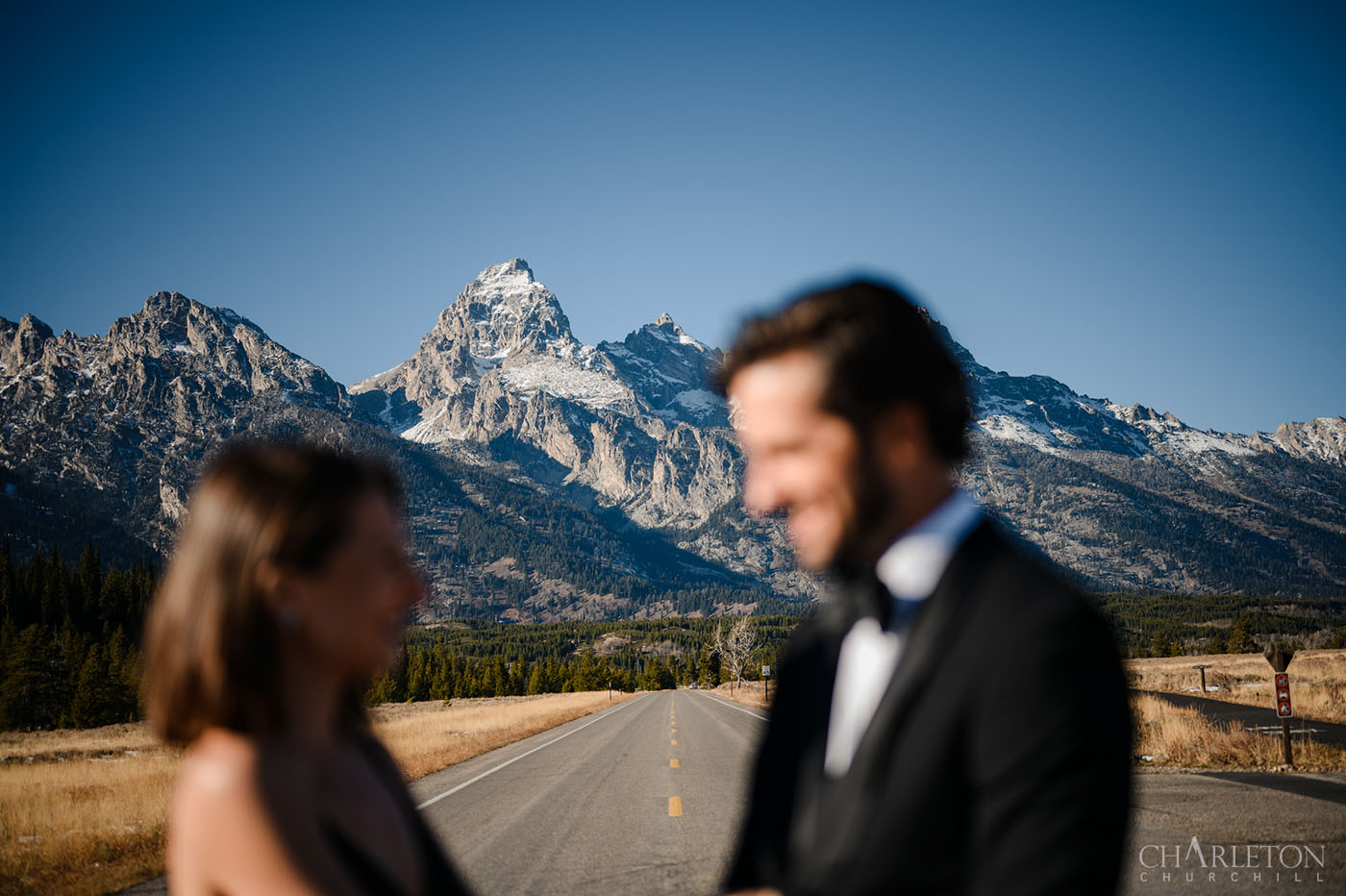 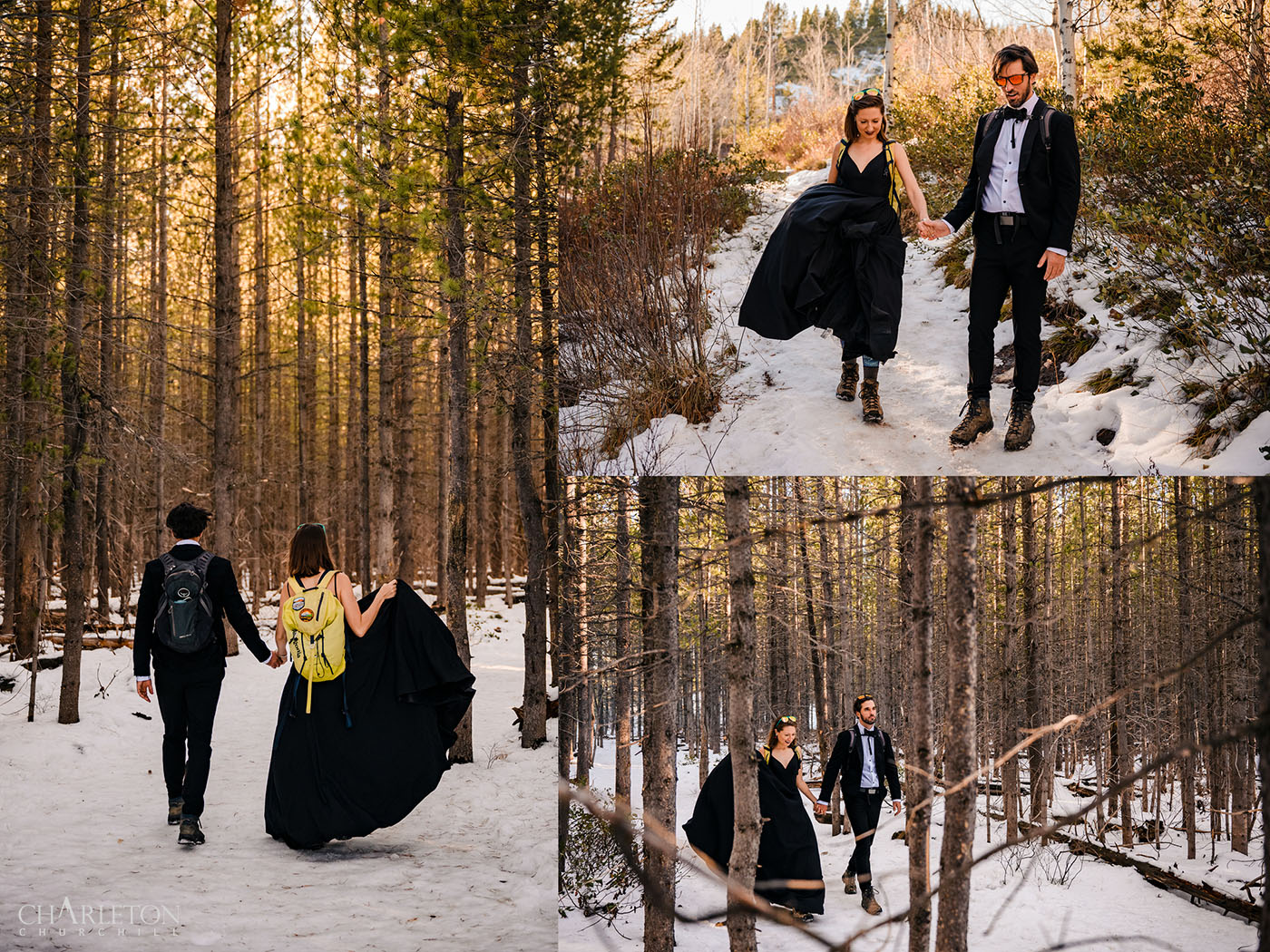 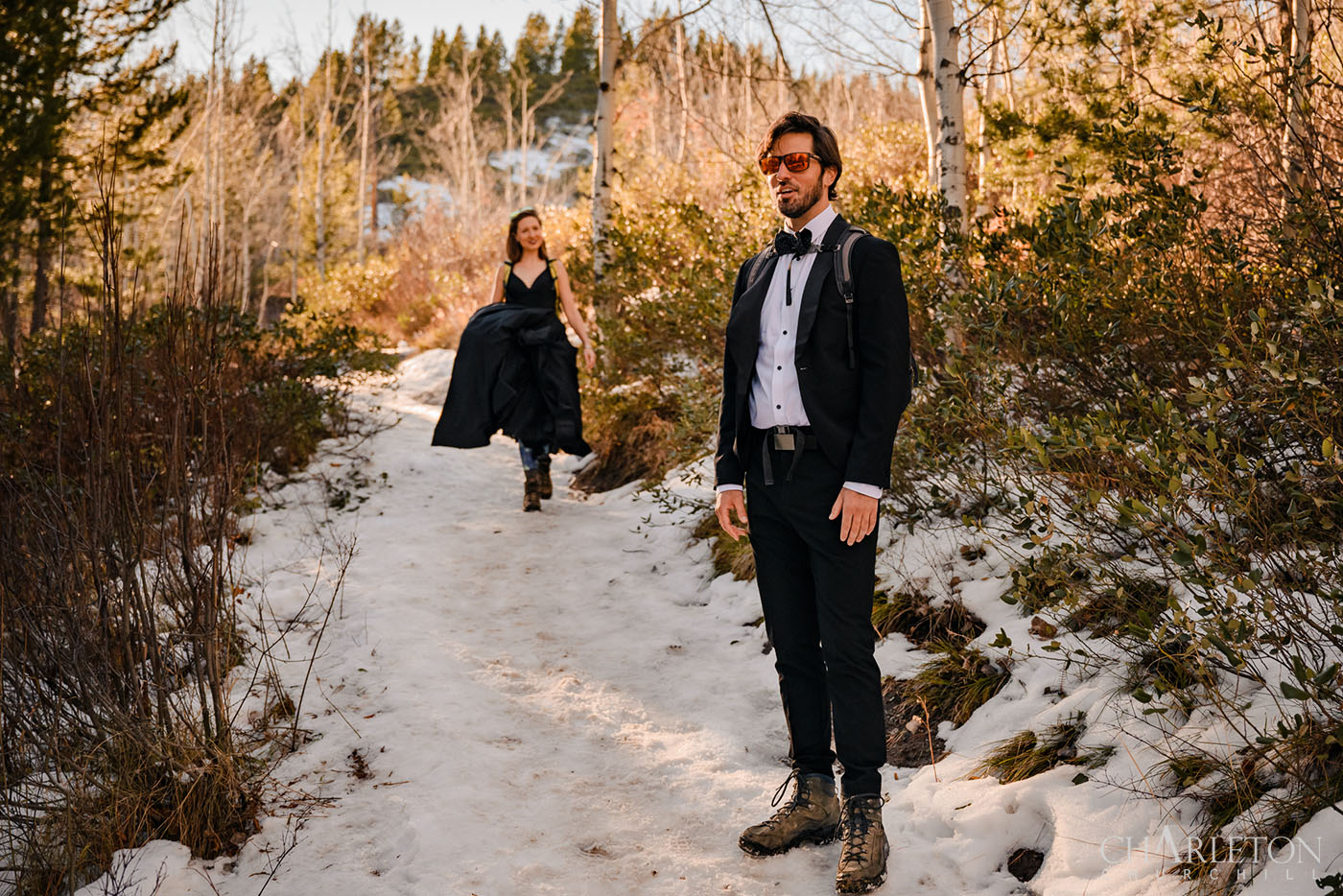 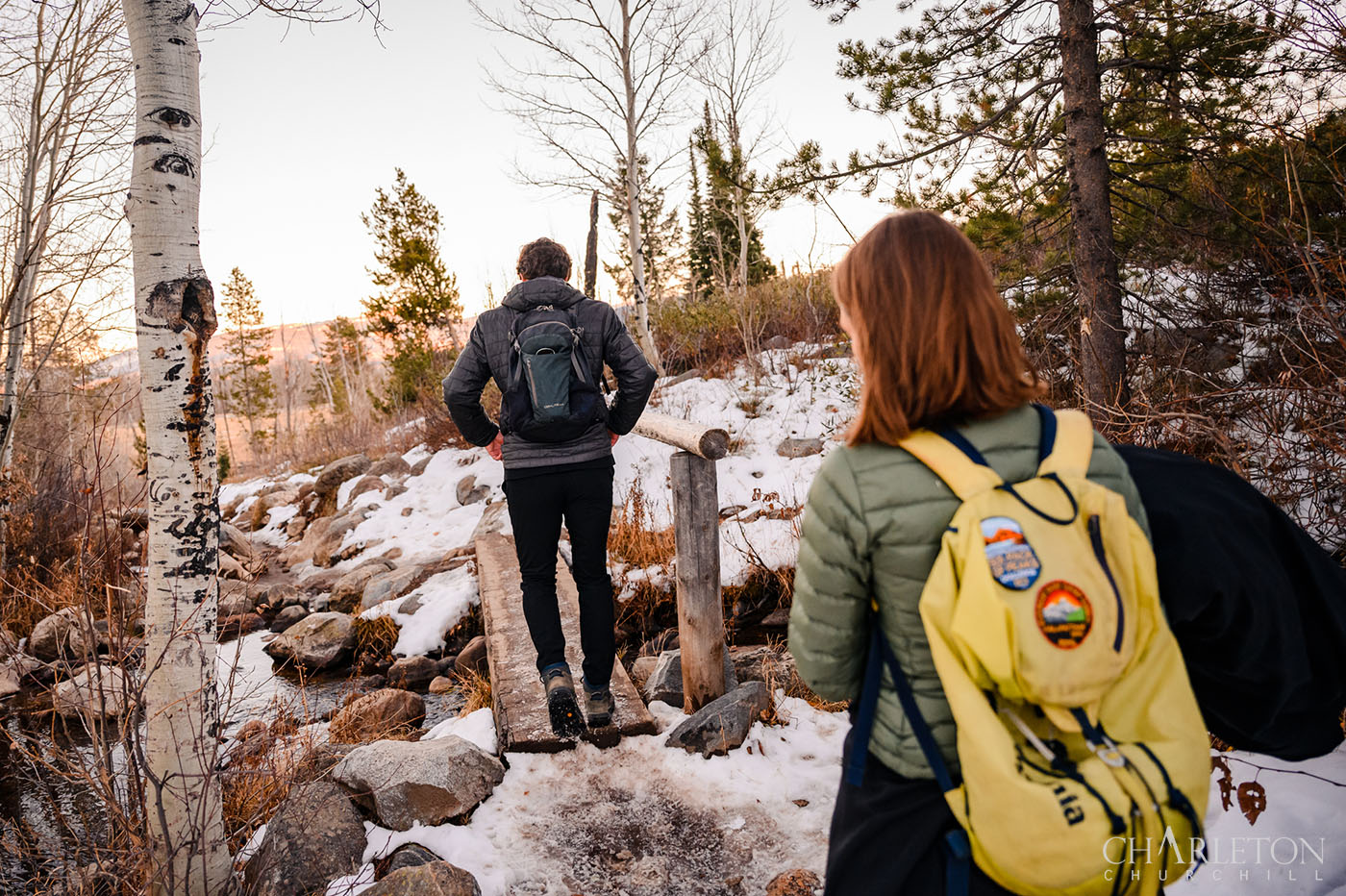 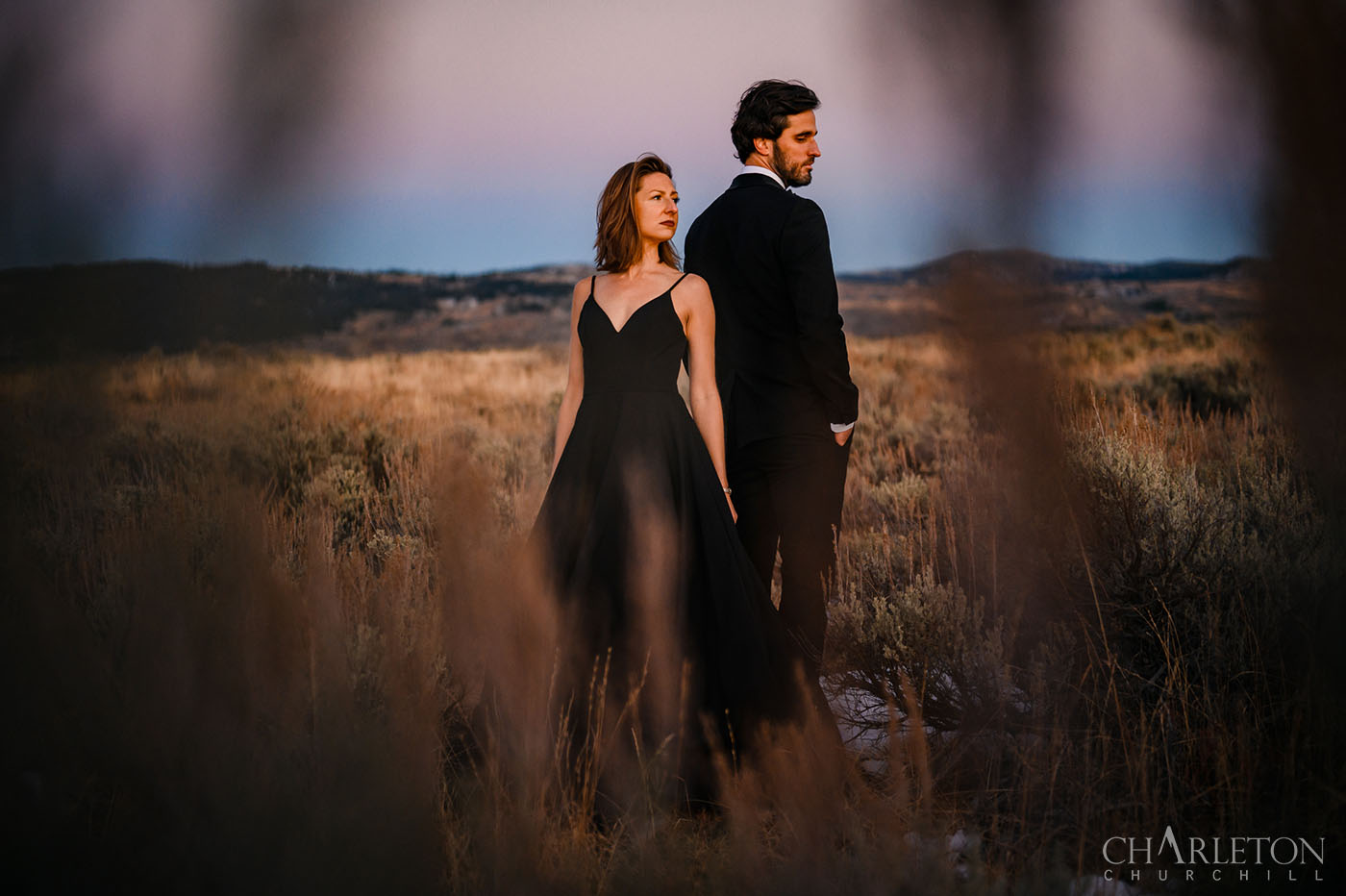 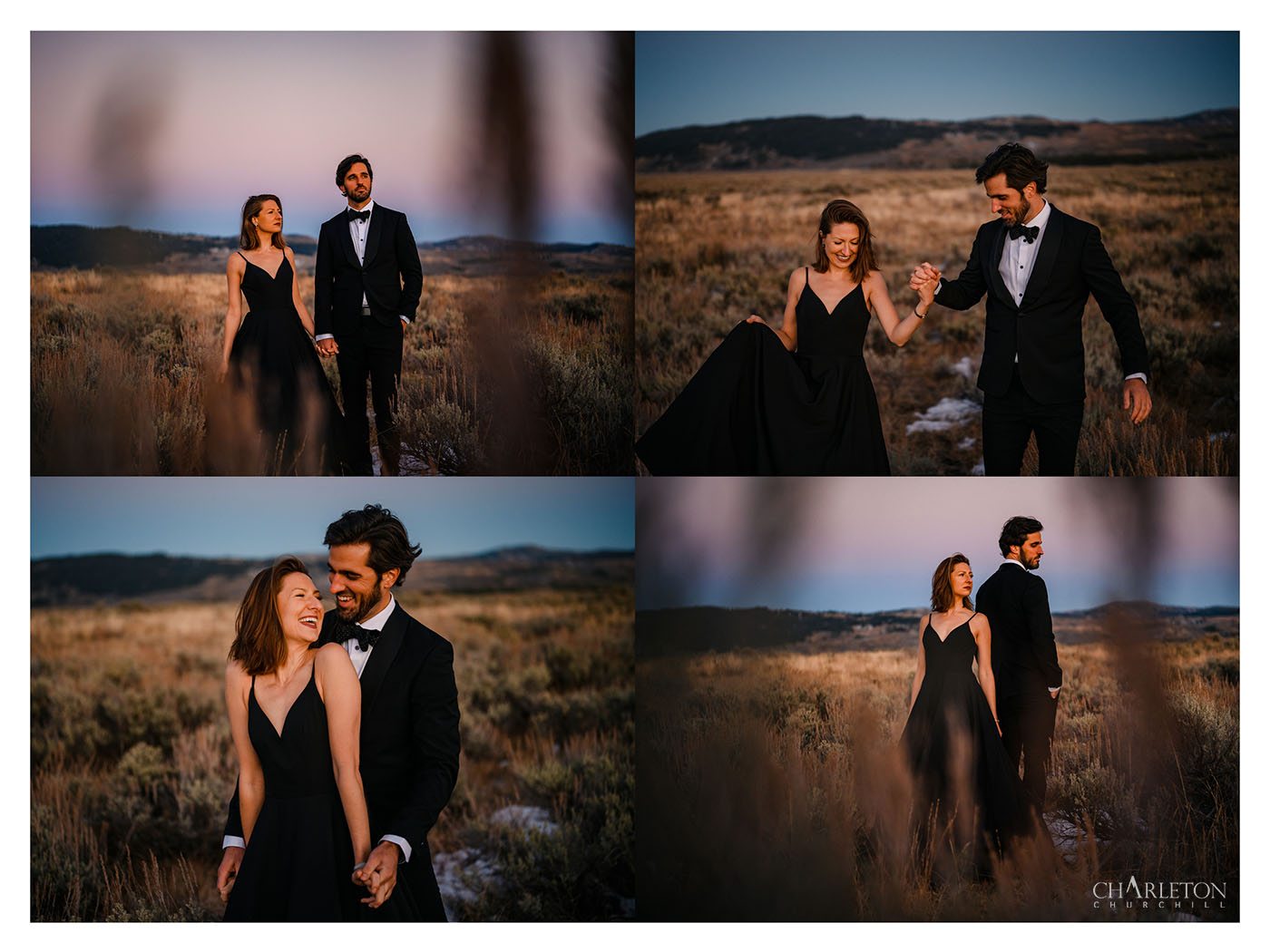 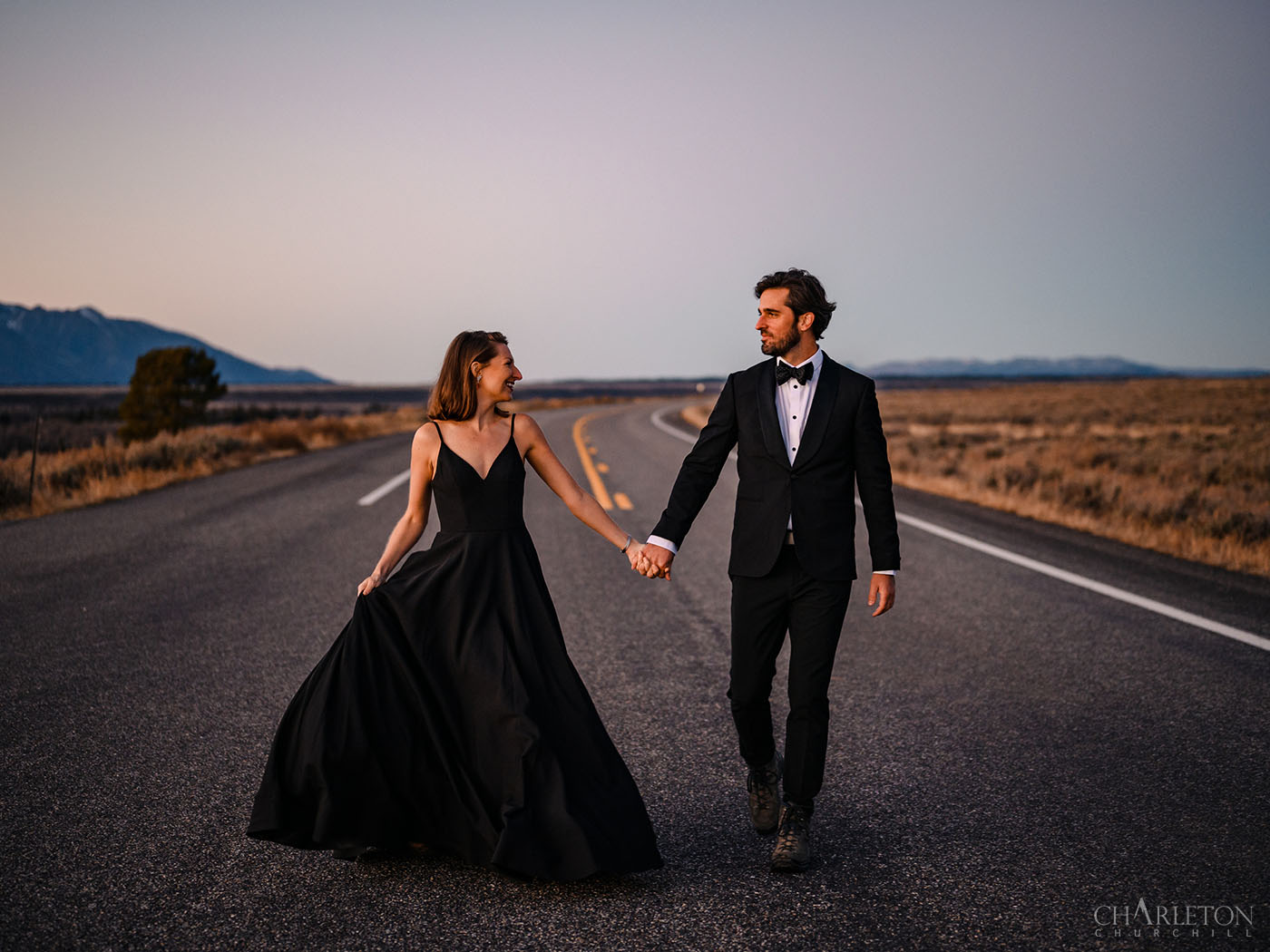 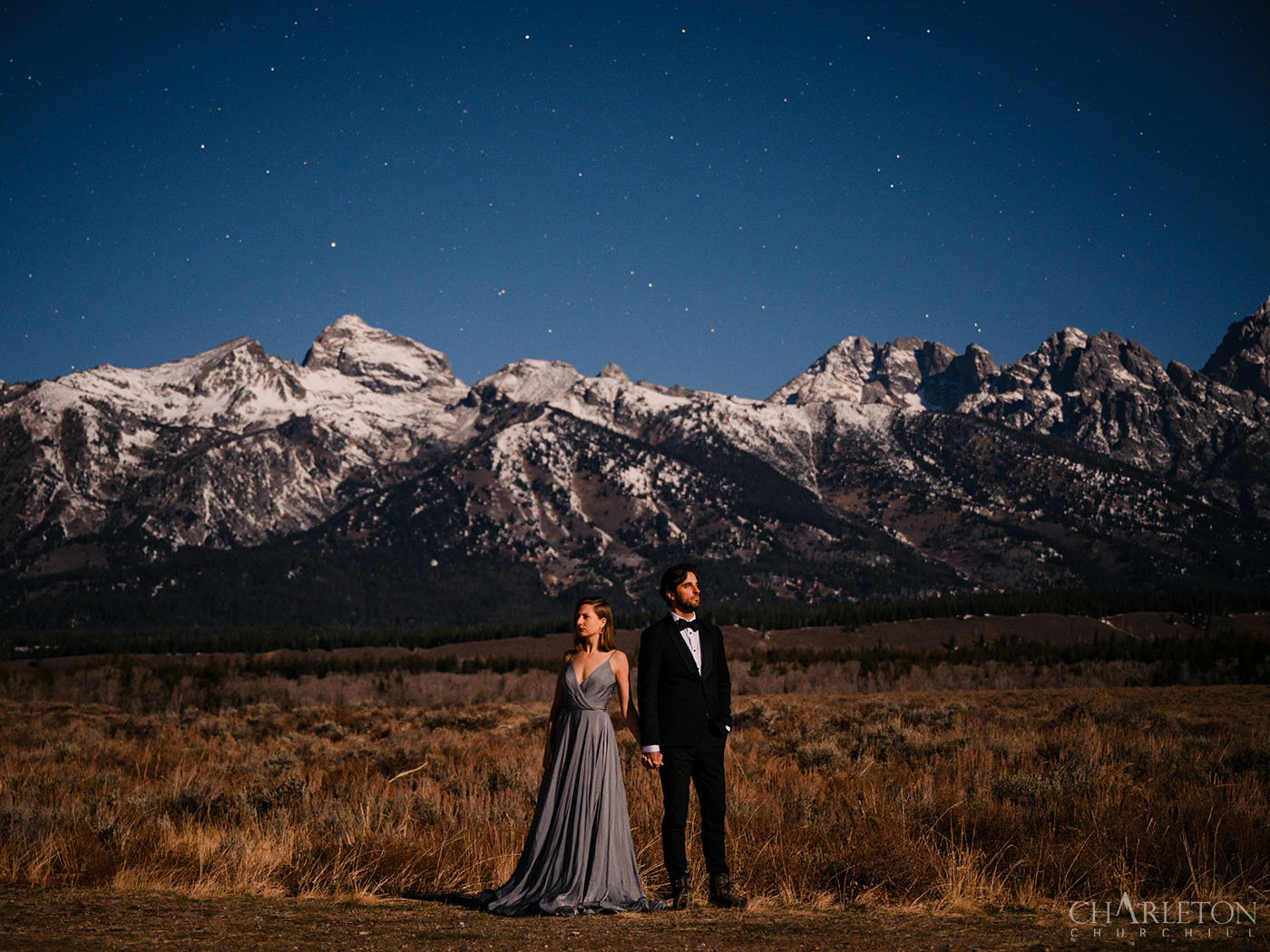 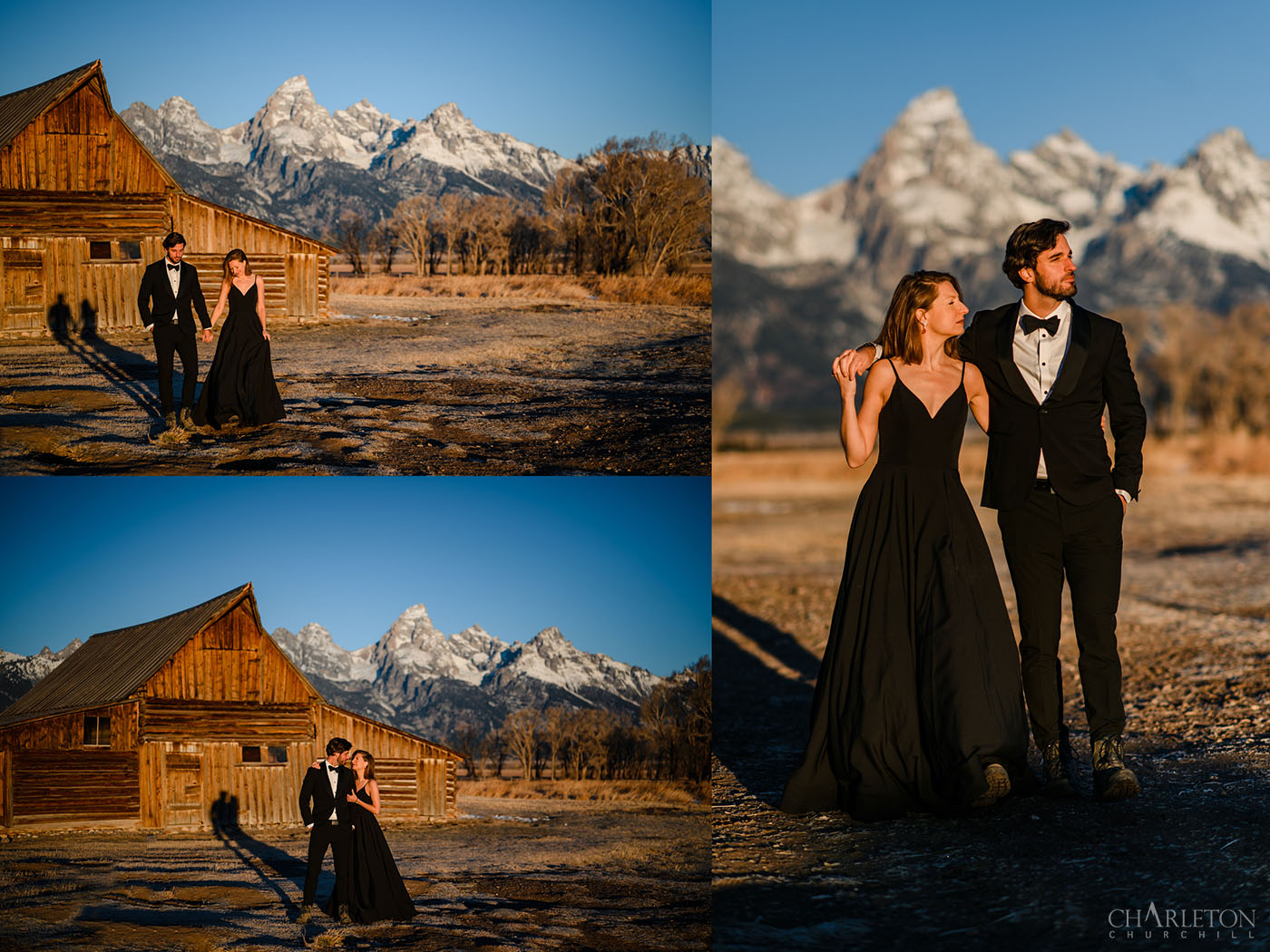